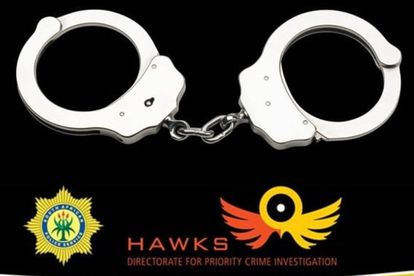 A 56-year-old woman has been arrested in connection with the Free State asbestos case. Photo: @SAPoliceService / Twitter

A 56-year-old woman has been arrested in connection with the Free State asbestos case. Photo: @SAPoliceService / Twitter

The Free State asbestos case has had a breakthrough after the Directorate for Priority Crime Investigation (HAWKS) revealed that another arrest has been made.

A 56-year-old woman was arrested by the HAWKS

According to the HAWKS, a 56-year-old was arrested on Wednesday, 20 July, in Alberton. The unit’s serious corruption investigation team in Bloemfontein conducted the arrest of the suspect.

The individual will join the 12 other accused in the asbestos saga. The HAWKS were informed about the matter and its serious corruption investigation team conducted further investigations which resulted in the arrests.

The unit explained that the suspect was the acting HoD of the Department of Human Settlements in Gauteng.

TimesLIVE reported that it was alleged between 2014 and 2017 that an irregular contract was awarded to a service provider for the eradication of asbestos roofs by the province’s Department of Human Settlements.

“The suspect, who was the acting HoD of the department of human settlements in Gauteng, [allegedly] authorised the same service provider irregularly in Gauteng. She fraudulently received an amount of more than R7m from the service provider,”

In March, it was reported that in what is considered a victory for the National Prosecuting Authority (NPA), the High Court in Bloemfontein dismissed their bid to have the charges dropped. Presiding Judge Soma Naidoo found that the four did not make any compelling arguments for why the issues at hand could not be dealt with by the trial court when the case is heard.

One of the co-accused is controversial businessman Edwin Sodi, who recently appeared before a Johannesburg court for attempted murder, assault with intent to commit grievous bodily harm (GBH), and pointing of a firearm.

The NPA’s Mthunzi Mhaga has welcomed the court’s ruling and is now prioritising the asbestos case, including ensuring that the pretrial conference is concluded on the next court date so that a trial date can be arranged. Read the full story here.