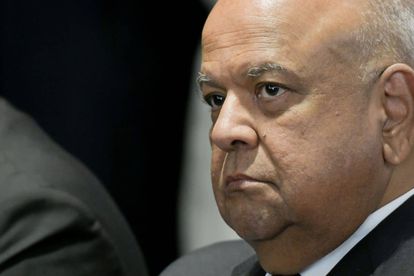 Pravin Gordhan endured a tense exchange with SABC journalist Samkele Maseko on Wednesday night, after the Public Enterprises Minister was asked about handing in his resignation following a disastrous few years for Eskom.

Why is Pravin Gordhan being asked about his resignation?

The state-owned entity has been under Gordhan’s portfolio since early 2018, and very little has changed to mark progress at Eskom. In fact, 2021 has been the worst year for load shedding ON RECORD.

Questions have been raised about the new management teams at the firm, who have struggled to prevent rolling blackouts and, as we learned this week, there’s also been a failure to stop skilled workers from leaving troubled plants.

In December 2019, South Africa encountered its worst ever bout of load shedding, where Stage 6 cuts were introduced. Although we’ve never returned to this phase since, promises were made to fix the grid for good in the aftermath. Alas, almost two years later, South Africa remains at the mercy of Eskom’s poor performance.

Maseko grilled Pravin Gordhan, asking him if he would tender his resignation in light of the ongoing situation. Stage 4 load shedding returned yesterday, and the power issues are set to last into the weekend. It’s hardly ideal preparation for voting day on Monday 1 November, as the ANC try to overcome a political nightmare.

Gordhan, perhaps feeling that pressure, did not take too kindly to the query:

“I don’t run the plants. There may have been some mistakes in the last couple of years, but there are aspects beyond the control of Eskom’s management. As for the rest of your political statement, we’ll have to leave that for another day.”

“It’s our responsibility to get the best out of Eskom and its staff. But people need to truly understand the damage state capture can do to an institution. Ask SARS, or PRASA, or state-owned entities with new people in charge.”

Minister Gordhan is asked if he takes responsibility for the mess #Eskom is in and the constant blackouts.

He says: I don’t run the plant. #eNCA #Loadshedding