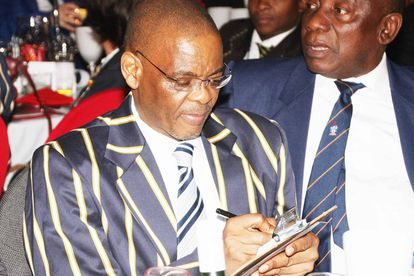 There was a flurry of confusion overnight on Tuesday, as reports of Ace Magashule’s impending arrest warrant were downplayed by the politician’s lawyer and Hawks. However, the ANC Secretary-General is adamant that the police are planning to detain him, warning of a ‘Hollywood-style’ scene.

The scramble for the truth has proved to be difficult, but the major players in this saga have stated the following:

It didn’t take long for wild conspiracies to emerge…

A local branch of the ANC Youth League has since gone into bat for Ace Magashule. The Free State division has lambasted reports of the arrest warrant, claiming that we are witnessing an almighty political conspiracy. Amongst other things, the ANCYL in the province suggests that the media is being used to ‘tarnish the image’ of Magashule:

“The ANCYL in the Free State Province has observed overtime, a carefully choreographed program of using the reactionary media and state organs to isolate certain leaders of the ANC, particularly the Secretary-General of the ANC, Ace Magashule. We are aware of the carefully defined stages in implementing this nefarious plan.”

“The first phase is to use the untransformed and counter-revolutionary media to consistently tarnish the image of those targeted. The public is sold a negative narrative underpinned by falsehoods. The second phase is to conduct CIA kind of arrests where those targeted are paraded in the media as ‘guilty’.”

“We know that the ultimate plan is to create a political embarrassment to the Secretary-General of the ANC through concocting allegations and have the court case against him. We call on all the structures of the organization to fight tooth and nail against the blatant usage of state organs against other comrades in furtherance of factional political battles.”