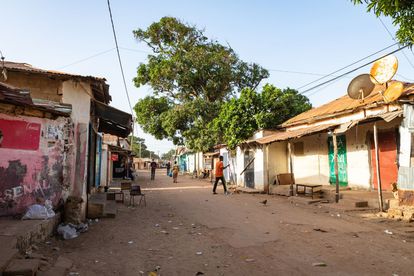 How do small-town residents navigate without street signs and names: Image: Supplied

How do small-town residents navigate without street signs and names: Image: Supplied

Linguistic landscape is the study of languages used in signs. As most of the field’s pioneering studies were based on cities, research comes to be associated with cityscapes.

However, a focus on written language or signage overlooks the reality that information is not always consumed and produced through writing. Additionally, associating linguistic landscape research with cities marginalises the experiences of people residing in “non-urban” spaces. Lastly, in South Africa, the distinction between rural and urban environments is not always clear.

An example of information that is primarily consumed and produced orally due to insufficient or non-existent written signage in “rural” parts of the Northern Cape province in South Africa is route directions.

As part of my PhD studies in linguistics, I explored the oral strategies that people use to find their way around and give directions. I chose two sparsely populated settlements in South Africa, Ulco and Delportshoop, for the research because they have little or no written signage in their physical environments.

I asked residents to explain step by step how they would travel from their home to the local shop, and to mention examples of street names in their town. I wanted to know what resources they drew on to navigate space. The residents used a mixture of rural and urban spatial markers to produce oral route directions. They also invented oral street names.

Oral route directions have not received much attention in linguistic landscape studies. This neglected area merits more attention as finding one’s way in both rural and urban environments depends on more than written signage.

Ulco is a private town providing accommodation for workers of a limestone mine and cement factory. The population was 860 in 2011. While 55.58% reported Setswana as their first language, 35.81% cited Afrikaans. Ulco has only one officially-named street called Work Street, which is located at the entrance of the cement factory.

Delportshoop’s population was 10 346 in 2011. It is state-run and administratively governed by Dikgatlong Municipality. It has a government clinic, a police station, four public schools, a municipal office and some public transport (taxis). Delportshoop has visible street name poles in most of its residential areas.

What the towns have in common is inadequate or inconsistent written signage that could make it easier for people to find their way around. And the residents of both places mostly get around by walking.

Being sparsely populated qualifies a place as non-urban or rural in South Africa. But the results of my study question this perception.

How residents give directions

Central to my study was the idea of semiotic resources, defined as
“the actions and artefacts we use to communicate, whether they are produced physiologically or by means of technologies”. For example, speech is a semiotic resource that is produced physiologically while a GIF is technological. By considering all actions and artefacts as potential way-finding strategies, this study was not restricted to written signs. In so doing, it deviated from the main unit of analysis of traditional linguistic landscape research.

Residents gave me oral directions from their homes to their local shop. They showed that “rural” and “urban” spatial navigation practices are not so neatly separated. In rural and urban areas alike, people use landmarks to navigate space. The difference is the type of features that are perceived as landmarks.

In rural environments, residents draw on natural features such as big trees. The residents of these supposedly rural places used landmarks (road traffic signs, a school, a shop and a police station) and relative directions (mostly left and right), as people would in urban environments. They also frequently used the houses of notable people as landmarks. For example, as part of her oral directions, a resident stated that “from here, you walk straight until you get to Moleele’s corner” – Moleele is the surname of the family whose house is on that corner.

This suggests that successful way-finding in sparsely populated areas requires residents to depend on numerous semiotic resources because written signage is scarce.

To counter the absence of street names, residents in Ulco, particularly, invented street names. Streets were unofficially named after the purpose they served (for example, Main Road), features that once existed in the vicinity (for instance a clinic), or a popular resident.

Because public transport systems are poor in these places, distance is mostly perceived in terms of walking – which is different from the understanding of distance in areas where people get around in vehicles.

Instead of saying, “not too far from here” or “a kilometre from there”, Ulco and Delportshoop residents drew on three pronunciations of “straight”:

The understanding of “straight” as a distance indicator suggests that in rural areas, way-finding is socially constructed. In other words, in sparsely populated areas, there are agreed-upon ways of finding your way that are common yet “unspoken”. Knowledge and use of these strategies are orally transferred.

Other studies have found similar systems in use in “nondescript” places in urban sub-Saharan Africa.

By focusing on oral instead of written signage, my study broadens the scope of what linguistic landscape scholars can consider as signage. Non-linguistic semiotic resources such as trees, bushes, and the houses of residents are signage.

The findings also show how the concepts of rural and urban are blurred as residents of both environments use similar ways of finding their way around. Orality continues to be central in way-finding, particularly in rural areas.