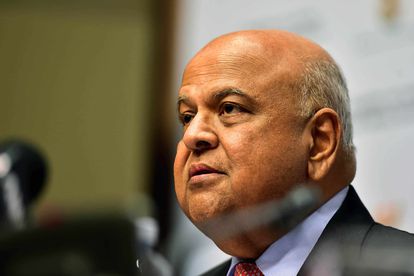 Gordhan was expected to appear before the commission on Wednesday, 12 August 2020, to be cross-examined by the South African Revenue Services’ (Sars) former commissioner Tom Moyane.

However, he asked for a postponement to 31 August 2020, citing cabinet-related commitments, which Zondo said was not reason enough for Gordhan not to appear.

“Mere Cabinet appointments on its own cannot be enough. There would have to be something more than just mere Cabinet commitments. This commission has a very limited time to finish its work. What I do know is that the President has told me that he has told cabinet ministers that whenever anyone is required to cooperate with the commission, the must cooperate”, he said.

Summonses could be issued to witnesses

Zondo made it quite clear that he was not impressed with Gordhan’s absence and also said he would have no choice but to issue summonses for people expected to appear.

“It may be that our solution is that summonses are issued for everyone who has to appear at the commission. I am not going to postpone this to a date agreed on by all parties. I will postpone it to a date I will fix, but I am not happy. We want to finish the work of the commission, so we have to use all the days we have properly,” Zondo said.

Moyane was granted leave to cross-examine Gordhan in November 2019, after the minister accused Moyane of acting maliciously and was motivated by politics when he laid a criminal complaint against him in 2016.

The minister has also accused Moyane of helping facilitate state capture and looting during his tenure at the revenue service.

The former Sars commissioner’s legal representative advocate Dali Mpofu told the inquiry that fairness was what was central to the issue.

“There was a general outcry after the first ruling, but the point is, with the greatest respect, that this notion that people are above being cross-examined should be dispelled”, Mpofu said.

“We accept that there is no right to cross-examine, but there is a right to fairness. A person cannot come here and say that Moyane is an ‘advancer’ of State Capture and then he is immunised from being cross-examined”