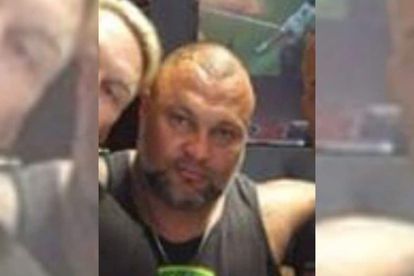 Just one week ago on Friday, 18 September Anti-gang unit (AGU) section commander  Lieutenant General Charl Kinnear, 52, was shot dead outside his home in Bishop Lavis, Cape Town. On Friday 25 September, a man by the name of Zane Killian was charged with his murder in the Bishop Lavis Magistrate’s Court.

WHO IS ZANE KILLIAN?

According to reports, Killian is from Springs in Johannesburg, he’s 39-years-old and he is a former rugby player for South African rugby union team in Gauteng, the Valke. According to its website, the Valke, or Falcons, participate in the annual Currie Cup and Vodacom Cup tournaments.

According to itsrugby.co.uk, Zane Killian was born on 11 July 1981. At the time of the site’s rugby profile on Killian, he weighed 105 kilograms and was 1.78 metres tall.

According to SowetanLive, Killian’s lawyer Eric Bryer said he was questioned on Monday in Germiston and on Tuesday he was still in Gauteng. On Wednesday morning, Killian arrived in the Western Cape in connection with the murder of Charl Kinnear.

According to the publication, Killian was also not allowed to be photographed in the dock for his protection.

HE FACES THE FOLLOWING CHARGES

According to National Prosecuting Authority (NPA) spokesperson in the Western Cape Eric Ntabazalila, Zane Killian has three charges against him;

Ntabazalila said Zane Killian has not yet applied for bail but if he does, the State will oppose the bail application.

Charl Kinnear had been a central player in investigations around alleged underworld kingpin Nafiz Modack, who was acquitted earlier this year of crimes relating to extortion of popular Cape Town nightclub The Grand Beach Cafe.

Kinnear was also investigating the murder of biker boss Tim Lotter, as well as his known associate Stefan Venter, who was recently gunned down outside a tavern in Gordons Bay.

On Thursday 24 September — Heritage Day — the Hawks issued a statement saying that he had been formally arrested on Wednesday 23 September in Gauteng.

“A 39-year-old suspect will appear at the Bishop Lavis Magistrate Court on Friday in connection with the murder of Lieutenant Colonel Charl Kinnear. The deceased who worked at the Anti Gang Unit (AGU) in Cape Town was gunned down outside his home in Bishop Lavis last week Friday,” said Brigadier Hangwani Mulaudzi.

“It is alleged that Kinnear had just arrived home when the suspect approached his car and opened fire on him at close range,” added Mulaudzi

Police said more arrests cannot be ruled out as investigations are still underway.

Following the untimely death of Charl Kinnear, Forensic Investigator Paul O’Sullivan and his colleagues committed to putting up a R1 million reward for anyone who had information about the crime.

“We will pay R1 million in cash for information that leads to the arrest of the person or persons that arranged the murder of Lieutenant Colonel Charl Kinnear on Friday 18 September 2020.”