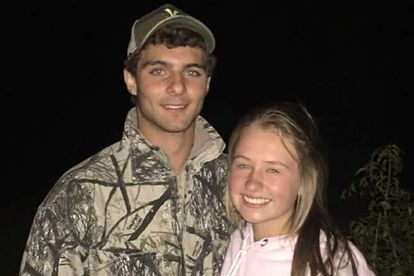 The course to sentencing Xander Bylsma for the murders of two Stella High pupils was launched after the North West High Court found him guilty on Monday.

Xander Bylsma was filmed speaking to his parents, moments after the judgment was delivered.

19 year old Xander Bylsma has been found guilty by the NW High court, for the murder of two Stella high school girls in May 2018 #sabcnews pic.twitter.com/OI63piD1GV

Sentencing proceedings in the matter have yet to be confirmed.

On what basis was Bylsma found guilty?

Bylsma was 19 years old when he killed his ex-girlfriend, Sharnelle Hough, and her best friend (who is Bylsma’s second cousin), Marna Engelbrecht, in 2018.

According to the state, Bylsma, a recluse who spent most of his time hunting wild animals, could not accept the fact that Hough had moved on with her life.

After dating for a year, the Stella High pupil, who resided at the school’s hostel, ended things with Bylsma. However, as the court would hear, he could not accept it.

Evidence was presented to the North West High Court which proved that Bylsma had sent multiple threatening texts to Hough and Engelbrecht shortly before they were murdered.

It was also established that on that fateful May 2018 evening, a drunk Bylsma had left his group of friends and made his way to the hostel.

At the time, Hough and Engelbrecht were the only pupils left at the premises, since their peers had gone home for the weekend. It’s believed the two had plans to go on a trip out of town the next day.

Unfortunately, the pair would not live to see these plans through. The court heard how Bylsma crept into the hostel and knocked the sleeping girls unconscious before he strangled them to death.

The hostel’s matron discovered the girls’ bodies the following day. Hough was found hanging from the staircase balustrade. Her best friend’s body was found in an upstairs bathroom, with a backpack rope tied around her neck.

Investigators immediately suspected foul play at the crime scene and a subsequent interview with Bylsma culminated in a confession.

His defence tried to dismiss his admission of killing the two girls as something that was coerced by investigators. However, this claim did not hold any steam.

The court, after hearing both sides’ arguments, moved to find Bylsma guilty on both counts of murder. While sentencing procedures have yet to be confirmed, it is expected that the young man from a farm in Louwna will spend the rest of his life behind bars.