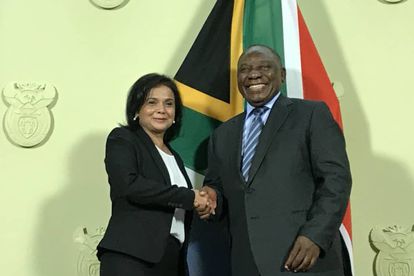 After waiting a few months, South Africa finally has its replacemet National Director of Public Prosecutions (NDPP). Shamila Batohi will be the new chief of the NPA, coming in for the lame duck that was Shaun Abrahams.

As a former Zuma lackey, Abraham curried favour with Msholozi and made some glaringly-bad decisions during his time in the hot-seat. Eventually, his appointment was declared “invalid” by the Constitutional Court, leaving the position open for a pool of applicants.

Batohi managed to better 11 other competitors to the job – including the acting NDPP, Silas Ramaite. She’s ascended to one of the most publicly-scrutinised positions in the country – which means her past has already come back to haunt her.

Her CV is an outstanding one. She’s already served the role of public prosecutor on a regional scale, leading the KwaZulu-Natal legislature as recently as 2008. After that, she spent nine years as a senior legal advisor to the International Criminal Court at The Hague – a job she’s left to take the reigns at the NPA.

However, it was her last job in Mzansi that ended in acrimonious fashion. Shamila Batohi was embroiled in a racism row towards the final stages of her work in KZN. During her interview for the NDPP gig last month, she revealed the rocky road she had to travel.

As IOL reported, The lawyer accepted that there were huge differences between her and the people who had to answer to her in an official capacity. Batohi has denied having any racist tendencies, and went along with a recommendation of going to anger management classes to help resolve the process.

“There was a time when staff members accused me of racism. It was public. It was in the newspaper. Nothing was actually resolved, but the mediator recommended I went on an anger management course.”

“I don’t think I had problems controlling my anger, but that was one of the recommendations. I can’t really think of anything beyond that and I didn’t have a problem with staff members of any race. I treated them all fairly. It was all shocking and confusing.”

Batohi begins work in February 2019. This is outside of the legal framework of 90 days within which ConCourt wanted the new NDPP to start work, but it seems that Cyril Ramaphosa’s announcement – in before the deadline – will be enough to pacify the magistrates.