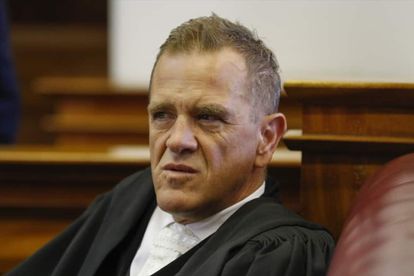 The victim of a shooting outside of Reddam School in Greenpoint, Cape Town, has been identified as criminal lawyer Pete Mihalik. His eight-year-old son was also wounded, but Mihalik Snr is the only fatality.

It’s been reported he was shot through his car window during the school run on Tuesday, with some sources claiming it was an orchestrated hit. Judging by Mihalik’s former clients, it would be easy to see why he made some fearsome enemies.

Not only has he represented defendants in cases as high-profile as the Jason Rohde trial, but he’s become well-known for his willingness to represent some of the Cape’s most notorious gangsters.

We’re taking a look at the big names he’s previously represented, and how his professional conduct helped shaped their outcomes. Mihalik was fantastic at his job, even if he antagonised a few people along the way.

Who Pete Mihalik has represented in court

The boss of the 28s gang was in court for intimidation and assault in 2016, after officers visited his Beacon Valley home. However, Mihalik’s masterstroke was to flip the blame onto Western Cape’s Deputy Police Commissioner Major General Jeremy Vearey, who they accused of “colluding” with Stanfield.

Their claims didn’t stick, but the charges against Stanfield were eventually dropped.

The direct rivals of 28s, Sexy Boys, are lead by Jerome “Donkie” Booysen, whose brother Colin is another gang kingpin in the Western Cape. Mihalik has represented both in various bail hearings

Laher is accused of various charges focusing on the alleged sale of firearms meant to have been destroyed by police but which ended up in the hands of gangsters in the province. The case has had several postponements in 2018, as Mihalik battled to keep his client out of jail.

Mihalik was set to represent Modack, the alleged kingpin in an extortion syndicate, before allowing his partner Bruce Hendricks to take the lead on this. The slain lawyer had already appeared in court with Modack, and their defence was to accuse officers involved with the case of being involved in corruption.

However, Mihalik stepped down from the role after he was personally accused of brokering extortion deals himself. The judge in the case went on to dismiss these allegations, but TimesLive have described this trial as the one that “potentially got Pete Mihalik killed”

In a bit of a change-up from his usual clients, Mihalik represented Rohde during his murder trial – which is also pending judgement. The multi-millionaire is accused of murdering his wife Susan and staging her suicide.

Rohde confessed that he was involved in an extramarital affair which Susan had knowledge of, and as a result, their marriage was quite rocky.