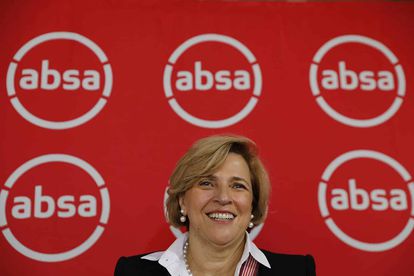 The appointment of Maria Ramos to the new interim board of the Public Investment Corporation (PIC) will be seen as a strong and stable business decision to many South Africans. However, the former Transnet and Absa executive cuts something of a controversial figure, and her new job is exposing those divisions once more.

Who is Maria Ramos?

The businesswoman is largely credited with helping to get Transnet back on track. She had a similarly impressive seven-year stint as the Director-General of the Treasury beforehand and also spent a decade as ABSA’s CEO, winning an award from CNBC Africa for being their “Woman Leader of the Year”.

However, she’s been accused of “manipulating the rand” at Absa, and was forced to apologise in 2017 for her part in “currency-fixing”. Maria Ramos is also blamed for selling-off MTN and the V&A Waterfront for much less than their true value. She may have the qualifications and the experience, but her copybook isn’t immaculate.

Who else is on the PIC board?

But, sadly for Maria Ramos, it is her name generating the most criticism – most of which has been based on unfounded claims. She was a top trending topic on Thursday morning, but none of her soon-to-be colleagues were.

Ramos is arguably damned by association. As the wife of Trevor Manuel, she’s already become a target for some politically-motivated factions – including the pro-Zuma element of the ANC and the whole of the EFF.

The red berets, in particular, have been scathing in their recent assessments of Manuel, saying that his appointment of Edward Kieswetter at SARS is a result of “nepotism” – claims that are resurfacing with Ramos’ PIC appointment:

“Ramos is the blue-eyed child of South Africa’s greedy, exploitative, racist and historically murderous capital. She, Trevor Manuel, Cyril Ramaphosa and Tito Mboweni are direct deployees of white monopoly capital, which is the number one enemy of poor, working class and black people in general.”

If it was wrong for the Guptas to get deals because of their close proximity to Jacob Zuma, why is it suddenly right for Trevor Manuel and his girlfriend Maria Ramos to get posts even though we know how close they are to Cyril Ramaphosa? We need to stop this madness pic.twitter.com/nP0BPrmShC

Meanwhile, a few other amateur sleuths have tried to connect the dots between Ramos and Finance Minister Tito Mboweni.

The day the CV of Trevor Manuel's wife Maria Ramos was dropped ?? pic.twitter.com/NOlb6uV0QN

The PIC inquiry, which got underway at the start of the year, is still churning out revelations six months into the commission. A new interim board is part of a radical strategy to prevent any further damage to the institution. The people tasked with the turnaround will be dealing with trillions of rand in pension funds.

To all intents and purposes, Ramos is a good fit for the job. But the doubts over her position could be seen as legitimate. She is certainly the most well-known appointment to the board, and with that, comes the highest level of scrutiny. Even if that means being blamed for getting the job over a tin of pilchards.