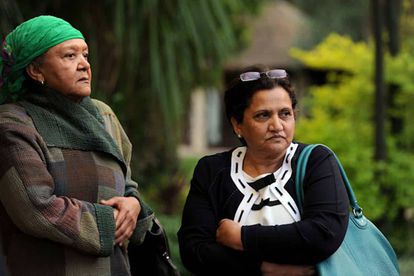 The ANC’s Deputy Secretary-General has found herself at the centre of a minor controversy, following remarks she made over the weekend. Jessie Duarte was speaking during a virtual memorial service for the late struggle hero Rajes Pillay, when she suggested that South Africa would descend into ‘civil war’ without the ruling party.

The remarks are head-turning, to say the least. Duarte stated that she had been speaking with people who believe the ANC ‘should not continue’, and issued a passionate – if not ill-advised – defence of the 109-year-old organisation:

“Comrades, I must just say it is very difficult when you speak with people who doubt that the ANC should not continue. You know in your heart that you can never live in a country where there is no ANC – because the opposite to that would be chaos, and undoubtedly, lead to a civil war that none of us want.”

Ghosts of ANC past come back to haunt senior party official

It hasn’t taken long for these remarks to cause shockwaves. Jessie Duarte has been lambasted by scores of social media users, who have rejected the sentiments raised by the ANC Top Six representative. However, the party veteran has received the harshest criticism from a former comrade.

Makhosi Khoza (remember her?) quit the party in 2017, due to mounting allegations of corruption against senior officials. She shared her sentiments online, calling Duarte a ‘politically bankrupt figure’ who poses ‘a threat to national harmony’:

“Jessie Duarte’s political bankruptcy is a serious threat to national harmony. Voting the corrupt and incompetent ANC out of power will not lead to civil war. It will save South Africa. Continued corrupt ANC ruling and looting will [be the] trigger for a revolution, and lawlessness of unprecedented proportions.”