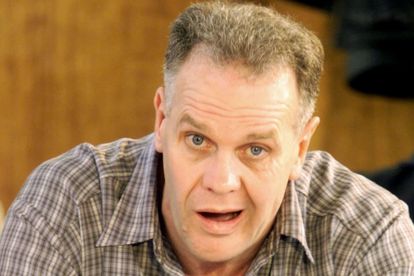 Justice Minister Michael Masutha has caused a major stir on Thursday afternoon, after he declared that Ferdi Barnard is eligible for parole more than 20 years after he was convicted on various charges, including murder.

Barnard will now remain under review at a Community Corrections Office. He will technically be a free man, but he’ll be monitored permanently by the department. We’re taking a quick look at the man behind the crimes, to determine just why his release has been so controversial:

Who is Ferdi Barnard?

He was a former member of the Civil Co-Operation Bureau, which has been crudely dubbed as the “Apartheid Death Squad”. Members of this unit were tasked with preserving the ailing credibility of the regime at all costs, and that included the clandestine assassination of political opponents.

That brings us to the killing of Professor David Webster. The staunch anti-apartheid activist and former Wits lecturer gunned down unceremoniously in front of his home by Barnard. The so-called “hitman” was also blamed for the attempted murder of civil rights campaigner Dullar Omar.

He was arrested on 25 charges including two of murder, two of attempted murder and various charges relating to fraudulent transactions and the illegal possession of firearms and ammunition. He was acquitted on a further nine charges, because of a lack of evidence.

He was sentenced in June 1998 and was initially handed down two life terms, amounting to the potential of 63 years behind bars. However, he has been eligible for parole since 2016. After a handful of failed attempts, Minister Masutha feels that the time is now right for Ferdi Barnard to be re-introduced to society.

“Minister Masutha is satisfied that Mr Barnard has met all the requirements for parole. After consulting with David Webster’s widow, Maggie Friedman, she indicated that she had no objection to his parole.”

“[The law states] any offender is entitled to appeal for parole after serving more than 20 years of their life sentence. The conditions of Mr Barnard’s release will be subjected to continuous review.”

The office of Michael Masutha

The hearing bears striking similarities to the Janusz Walus case – he was the Polish national who assassinated Chris Hani in 1993. He’s served 25 years in jail but has repeatedly failed to secure parole for himself.