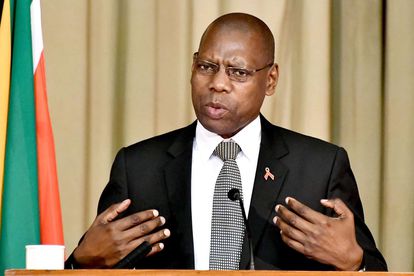 Zweli Mkhize has been named as one of the ANC members who was given an ‘expensive donation’ from Edwin Sodi – a party-affiliated businessman who acted as something of a blesser to his friends in high places. His testimony to the State Capture Inquiry revealed that government stalwarts, such as Zweli Mkhize and Zizi Kodwa, received his payments.

Blackhead-Diamond Hill was the joint venture that was awarded a R255 million tender in 2014 to assess and audit asbestos roofs of low-cost houses in Free State. Edwin Sodi served as their consulting director at the time, after this particular contract was flagged for suspected corruption.

Mosebenzi Zwane was felled by a similar line of questioning last week, but Sodi was, if anything, relatively candid. Of course, he had the odd selective memory blank – but had little trouble recalling where the big money went. In fact, it seems as if one of the beneficiaries of his generosity was Health Minister Zweli Mkhize.

Why was Zweli Mkhize given a R6.5 donation from Edwin Sodi?

Sodi stated that he had paid an eye-watering amount of R6.5 million to Mkhize a few years ago, but gave a follow-up explanation in the very next breath. He reasoned that, with Zweli being the Treasurer of the party at the time, he had to make a donation to the party via his office – an excuse Sodi supplemented by describing his ‘support’ for the ANC:

“From time to time I have made donations to the ANC, because I am a proud member of the ANC. I will continue to support ANC. But I’m not a card-carrying member Chair. I did also give a friend of mine R1 million – but I can’t remember why. I do not say there is any crime in one supporting a political party of his choice.”

“Yes, I did make a R6.5 million payment to Zweli Mkhize. But this was only because Mkhize’s name was used as a reference as the ANC treasurer-general at the time. Because I grew up in the ANC, the fact that there would have been some donations either from myself or my company, I do not see that as corrupt”

Those huge payments don’t stop there. A whole host of ANC bigwigs have been on the receiving end of Sodi’s ‘gifts’. The ANC’s very own blesser hasn’t been shy when it comes to sorting his mates out with a fix of quick cash:

Edwin Sodi will return to the State Capture Inquiry on a later date. His testiomny concluded earlier on Tuesday afternoon.