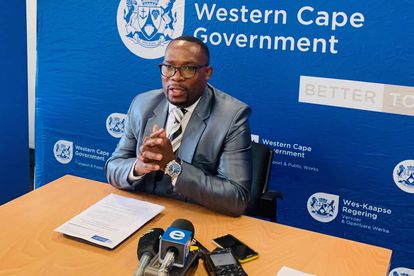 DA leader in the Western Cape Bonginkosi –
Image via Twitter

DA leader in the Western Cape Bonginkosi –
Image via Twitter

The DA’s leader in the Western Cape is now facing an internal investigation from his own party: Bonginkosi Madikizela has been accused of ‘falsifying his qualifications’, and Helen Zille has vowed to institute a swift review of the matter.

Who is Bonginkosi Madikizela – and what has he done wrong?

Madikizela’s alleged dishonesty surfaced after the Daily Maverick received a tip-off about a ‘fake degree’ on the politician’s CV. A bit of digging forced the Cape Town mayoral hopeful to admit that he never finished his BCom course at UNISA.

Zille issued a brief statement on Wednesday. She says that the allegations made against Bonginkosi Madikizela are being taken very seriously, and the matter has already been escalated the DA’s highest regulatory body.

Another qualifications row engulfs the DA

The fallout from these revelations has been significant. The DA’s Federal Legal Commission is now evaluating what course of action must be taken. This scandal echoes the criticisms John Steenhuisen faced a few years ago, after he was berated for only having a matric qualification. The leader of the opposition has always been honest and upfront about this, though.

“The DA notes, with concern, the allegation that the CV of Bonginkosi Madikizela, the party’s Western Cape leader, claims a qualification that he does not hold.”

“The DA regards this in a serious light and will follow due process in establishing the facts and taking consequent follow-up action. The matter has been referred to our Federal Legal Commission for investigation.” | Helen Zille

Other politicians have taken this opportunity to take a swipe at Madikizela. Brett Heron, who left the DA for the GOOD Party in 2019, has blasted the senior public servant for spinning lies and acting in a ‘dishonourable fashion’.

“There is no place for dishonourable politicians in South Africa at the moment. In the Western Cape, we have a specific promise from the premier that he would have a cabinet of integrity. His MEC has been caught out lying twice in the last two weeks. We also have to ask whether Cape Town wants that kind of person as mayor.’’