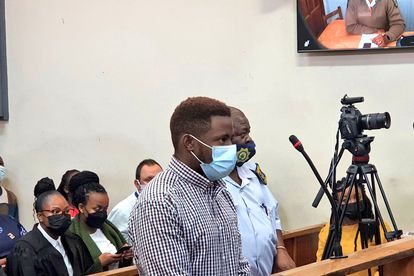 Flavio Hlabangwane has seen his court case pushed back by another eight days, after he tried to commit suicide for the second time since he was taken into police custody. The ‘body in the fridge’ suspect has been moved to the hospital wing of Johannesburg Prison, where he will remain under observation.

Body in the fridge case: Latest updates and news

A lawyer representing the defendant is now pushing for a psychiatric evaluation for his client, before court resumes on Tuesday 30 November. The 26-year-old is facing a life sentence for his unspeakable acts of criminality.

Hlabangwane was arrested earlier this month after body parts were found in his Soweto home. It was his girlfriend who made the grim discovery, reportedly finding legs and arms inside his fridge during a visit to the backroom of the Protea Glen home he had been renting.

It was recently learned that his victim – Tshepang Pitse, was not just his former girlfriend, but also his cousin. Speaking to SAFM, Pitse’s cousin Tsenolo says both Flavio Hlabangwane and his alleged victim were in an incestuous relationship for five years. While Pitse’s head, arms, and legs have been found, police are still searching for her torso.

Details of how the alleged murderer tried to end his own life earlier this morning have been kept under wraps. Last week, Hlabangwane tried to stab himself to death after his grim collection was discovered.

When is Flavio Hlabangwane back in court?

His appearance in the dock today wasn’t too eventful, but a boisterous gallery ensured that the suspect knew exactly what the community thought about him. We’re expecting another tense atmosphere should the supposed ‘body in the fridge’ killer return to court as planned next week.

WATCH: #FlavioHlabangwane at the Protea Magistrate's Court. The 26-year-old was arrested after human body parts were found inside his rented room in Protea Glen. The case has been postponed to Nov 30. The accused has abondened bail application. He has attempted suicide twice. pic.twitter.com/qOWpf3FiMv