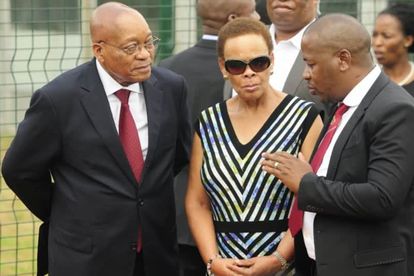 Mzwandile Masina has a “strong warning” for white people and the Save South Africa group, the Ekurhuleni Mayor has warned the groups that things may well get “very very rough”. Friday the 7th of April saw countrywide marches against President Jacob Zuma, yesterday the president labelled those marches “racist”.

Masina addressed crowds at the Chris Hani memorial lecture at the Boksburg Civic Centre on Monday, he accused the SaveSA group of dividing the nation.

“So please, we just want to request [Save SA] nicely: don’t divide our nation because if you continue to do so those that sided with you in 1994, they won’t be here in five years,”

While Masina emphasised that his comments were not a threat, he says him and others will not let any individuals stand in the way of the project.

“It is very important that we send a very very strong warning that… we will crush any individual who stands [in the way of] the project of nation building and social cohesion in South Africa.”

Masina then began to speak directly to white people, saying there are a lot of things white South Africans need to understand and be careful of.

“Now this thing of being shown the middle finger everywhere by white people because they’ve gained a new confidence must come to an end,”

“I want to say to our white counterparts in South Africa, they must be very very careful.”

“[They need to] understand that the issue of nation building and social cohesion requires all of us, not these insults that you get from social media and you get called everything else…that time has come to an end. …our children and your children, they don’t see what you are seeing in us, we are not monkeys, we are people,” he said.