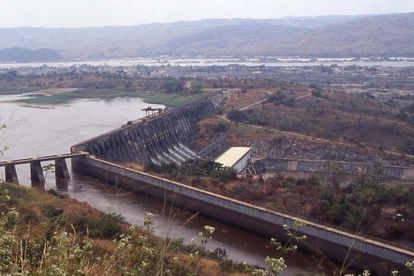 One of the most ambitious projects in Africa’s history has encountered a series of delays and false starts over the years. But as the winds of change blow, renewed optimism is also in the air. The Grand Inga Dam, once fully completed, would become the world’s biggest dam, dwarfing the size of Three Gorges in China.

“Biggest dam in the world” being built in Africa

In fact, it’s the all-conquering Asian country that are ultimately responsible for the third phase of the Inga Dam’s development. Felix Tshisekedi was recently inaugurated as Congo’s president, and it is his country which hosts the massive hydro-electric plant. In comments shared by Bloomberg, the head of state is “prioritising” Chinese-funded developments.

The financial backers are also supported by a consortium from Spain, although their involvement has not been guaranteed going forward. Tshisekedi wants to ease out of “cruising” speed to deliver Inga III in a prosperous and beneficial manner for all.

Of course, there are problems with the proposals. Despite plans to make the Inga Dam twice the size of Three Gorges, critics are upset that most of the power will be outsourced from the Congolese facility. It’s estimated that 70% of its total power output will go towards foreign countries – with South Africa right at the front of the queue.

Officials from Mzansi may look to purchase up to 5 000 megawatts of power from Inga when it has finally completed its next development stage. That’s roughly the amount of power that is taken off the grid during Stages 4 -5 of load shedding. Having quantities like this in reserve would go a long way to keeping the lights on in South Africa.

However, we’d be benefitting from a project that must be used to serve local interests first. Recent estimates suggest that just under 20% of Congolese citizens have access to electricity. If a hydroelectric superpower is established on their doorstep, action must be taken to bring that percentage up to a more respectable figure.

China in Africa and Mzansi

In terms of South African investment, China certainly has a few fingers in pies. Their money is already tied up in bridges connecting KZN to Mozambique, a major coal export deal and plans to improve energy production in our country. The Chinese have also pledged nearly R200 billion towards various projects in Mzansi.

Should they press-on with more work at the Inga Dam, it would strengthen the commitments between the two nations, but also has the potential to deepen the debt. China itself has explained its wariness to enter into more projects with countries that aren’t going to pay back what they owe, but for now, their faith remains firmly rooted in this huge water facility.