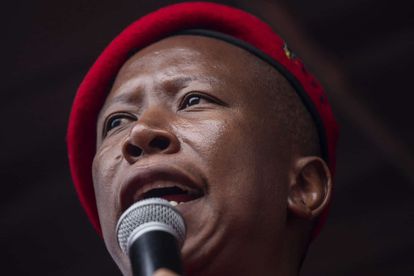 The ‘son of the soil’ has learned a thing or two about land ownership – and, if you know Julius Malema, you’ll be aware that he’s not shy of the occasional ‘humble brag’. In fact, a lot of the time, he doesn’t even bother with the humble part – and that was well-evidenced during an interview he gave to SABC on Sunday.

Juju talks to SABC about land, looting and leadership

The EFF leader sat down to talk about the party’s eighth birthday, following their official formation in 2013. Amongst an endless list of discussion topics, which including a declaration of war against Cyril Ramaphosa and a stern warning for Johann Rupert, Juju was all too happy to sit down and talk about his ‘family patch’.

Malema was pressed about how long he would stay in charge of the EFF, to which he did stop the grandstanding, and said ‘he would leave tomorrow’ if members of the party asked him to – because he has one eye on a future in agriculture.

MALEMA: My interest is more in agriculture hence my love for land. #EFFTurns8

Julius Malema, a fierce supporter of land expropriation without compensation, is also a beneficiary of the scheme. He told the public on Sunday that his family had won a previous land claim – securing them a ‘very huge property’.

And yes, according to the 40-year-old, it came at the expense of white occupants, who allegedly had to make way for the Malemas. Needless to say, the CIC of the Red Berets is absolutely beaming with his slice of redistributed land.

“We have a family farm that we claimed land and we won that land successfully – that is where my great grandfather is buried. So, we are doing a lot of things there. We are farming. I don’t have 500 goats but there are lot of animals there. I will invite you to go and see it, it is a very huge property we took from white people!”