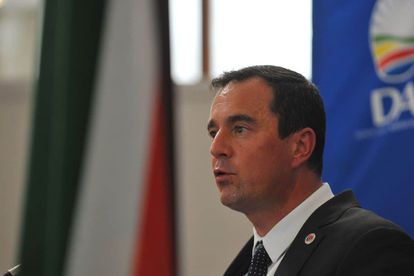 DA Leader John Steenhuisen has slammed the ANC ahead of the 2022 SONA address later this week. Photo: File

DA Leader John Steenhuisen has slammed the ANC ahead of the 2022 SONA address later this week. Photo: File

With President Cyril Ramaphosa having failed to provide an update on South Africa’s current lockdown regulations after the promised two week review period, Democratic Alliance leader John Steenhuisen has demanded that all restrictions – as well as the State of Disaster itself – be lifted.

With COVID-19 cases rapidly declining, Steenhuisen said that there is no longer any justification to keep restrictions in place, especially given the amount of time South Africans have had to get their vaccine.

‘No scientific or moral justification’ for lockdown

In a statement released on Wednesday, Steenhuisen said that there is “no justification – scientific or moral – to persist with [lockdown] measures”, and said that they currently “only harm the law-abiding and job-creating citizens who still abide by them out of a sense of patriotic duty and a respect for the Rule of Law”.

“COVID-19 cases are steadily decreasing across all nine provinces in the country, and every adult South African has by now had ample opportunity to get vaccinated,” he said.

“Our country’s vaccine supply is greater than our demand and we have sufficient operational vaccination sites countrywide. The time has surely now come to place the livelihoods of the majority ahead of protecting the health of those who choose not to take the vaccine.”

Over two weeks ago when shifting the country to Adjusted Level 2 Lockdown, Ramaphosa said that the regulations would be reviewed in a fortnight, a deadline set for himself and the National Coronavirus Command Council (NCCC) that has since lapsed.

Steenhuisen said that when asked about what conditions need to be met in order for the State of Disaster and accompanying lockdown regulations to be scrapped entirely, Ramaphosa was vague in his response.

“His answer was entirely unsatisfactory, stating simply that only once ‘sustainable sectoral regulatory measures were in place’, could the State of Disaster be lifted,” said Steenhuisen.

“That is nothing but a deliberately open-ended deadline in order to extend, indefinitely, his government’s extraordinary, unconstitutional powers over our society.”

‘rules only apply to some’

The DA leader also alleged that the very lockdown laws that have been put in place by the ruling party are persistently being flouted by their own members.

“Furthermore, as we saw this past weekend at both the ANC and EFF election rallies, the lockdown regulations only still exist for those South Africans who willingly obey rules and respect laws,” he said.

“The ANC rally in Tshwane, as well as the EFF’s rally in Johannesburg, flouted every single remaining lockdown regulation, from the 500 person limit to mask wearing and social distancing,” he charged.

“Our global peers are pulling away from us at an alarming rate in their post-Covid economic recovery, but our own government seems more concerned with not relinquishing the extra power handed to it under the State of Disaster than allowing citizens and businesses to rescue us from economic collapse.”