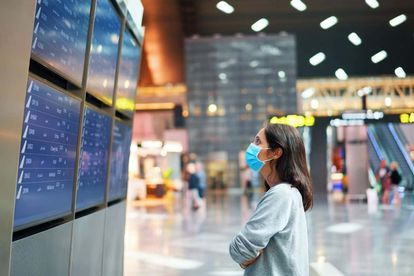 Transport Minister Fikile Mbalula, on Tuesday 25 August, announced the latest directives and regulations for the industry. This comes after the entire country was downgraded to lockdown Level 2. While International travel remains banned, all is not lost. Mbalula said the reopening of international travel is being looked at.

While we can move freely between provinces now, some of us are longing to go overseas for various reasons. It’s pretty simple if it’s not for work reasons, if it’s not a health evacuation and if it’s not cargo, international travel is off-limits. We can’t help but hope though.

WHEN WILL INTERNATIONAL TRAVEL RETURN?

While it’s good to know that international travel may be on the horizon, we would all like an exact date, wouldn’t we? Mbalula wasn’t that lenient, however.

“Whilst we come to a conclusion that we will have limited opening, [the] NCCC and Cabinet will take a decision based on the work that our teams have done. We are doing work right away, as I’m speaking to you, on the issue of international travel and looking at when exactly we want to open compared to others. And if we open, what measures are we going to take,” he added.

One thing is for sure though, it most definitely won’t be business, as usual, like before. Mbalula said it would be a cumbersome process.

Mbalula said then when international travel is permitted, it would need to be approached slowly and with care. He said it’s not something to be rushed into.

In addition to the 14 airports already permitted to operate, four more airports have been given the go-ahead to operate.

In terms of Maritime travel, foreign crew changes are permitted only at the Cape Town Port and at the Port of Durban. Mbalula said any cruises are also not permitted under Level 2.