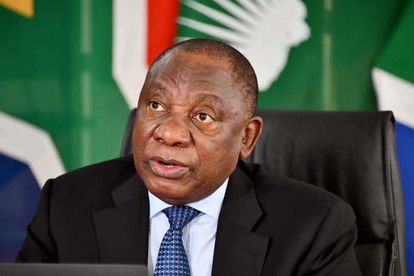 The lockdown has brought with it many hardships and many curveballs and we’ve all had to adjust. One of the biggest things ordinary South Africans have had to endure is the issue of the R350 grant payment — something President Cyril Ramaphosa said would not be an issue almost two months ago.

Many applicants have either not been paid as yet or have been declined due to having other sources of income. The relief grant, as it stipulates in its name, is meant to provide relief and would, naturally, be a lifeline for many in terms of simply getting a meal on the table so a lack thereof is a serious concern.

Although Ramaphosa, on Wednesday evening, announced many changes to improve the livelihoods of South Africans, he failed to make mention of the R350 grant and what could be done to better SASSA’s processes — especially after some citizens, truly in need of the relief grant, have not received it.

Ramaphosa, on 21 April, said government would “direct R50 billion towards relieving the plight of those who are most desperately affected by the [coronavirus]”.

The money would be directed to topping up social grants from May to October as well as the introduction of the special COVID-19 Social Relief of Distress (SRD) R350 grant for the same period.

Despite the uproar, outrage and desperation, Ramaphosa did not address the issue on Wednesday as applicants hoped he would.

“President Cyril Ramaphosa did not address the R350 Relief Grant which he promised the unemployed youths.”

“Please could you address the issue of SASSA and the Department of Social Development declining many qualifying unemployed poor South Africans the R350 SRD Grant which was Promised to them by Cyril Ramaphosa.”

“So Cyril Ramaphosa are you not going to deal with SASSA that’s been wrongfully declining the R350 grant applications and not addressing people’s queries? Your silence is deafening!” said another Twitter user.

The Democratic Alliance (DA) will submit urgent parliamentary questions to the Minister of Social Development Lindiwe Zulu, to ascertain how her department and the South African Social Security Agency (SASSA) have spent the billions of rands in funding that have been redirected towards social relief.

DA Shadow Minister of Social Development Bridget Masango said the nation is still in the dark on how these monies have been disbursed.

“We need urgent responses from the minister regarding the following questions,” said Masango.

“The DA is not convinced that these funds have reached its intended recipients as promised, particularly as it relates to SASSA’s bungling of the special R350 grant,” she said.

“The DA has received an overwhelming number of queries and complaints from desperate South Africans pleading for assistance because their applications for the special R350 grant had been seemingly wrongfully declined on basis that they are receiving other incomes,” she added.

Masango said the DA reached out to SASSA to request how the disputes will be handled and their response was that they will soon launch an online appeals platform.

“Our concern is that the majority of those who desperately need this R350 to survive will have to wait even longer for their grants,” added Masango.