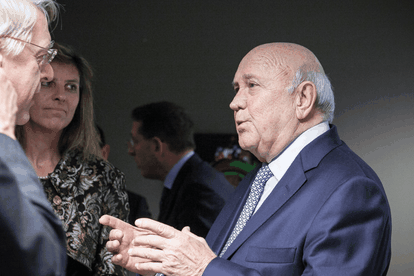 It has been announced that the last serving president of the apartheid regime, FW de Klerk, will receive a five-day period of mourning across the country. President Ramaphosa confirmed the details earlier on Tuesday.

When is the period of mourning for FW de Klerk?

According to Cyril’s office, several actions to honour the memory of FW de Klerk will take place in the days ahead. The family of the deceased leader has also been consulted about the tributes, which include the following plans:

FW de Klerk leaves behind a complex legacy. Despite winning the Nobel Peace Prize in 1993 for helping to end apartheid (alongside Nelson Mandela), he also served and led the National Party – a racist regime that inflicted misery on millions of black South Africans. Only a State Memorial, and not a State Funeral, has been granted to de Klerk.

Whereas many chose to acknowledge his role in bringing democracy to the country, others refuse to forget his political history. But the ANC government is adamant that the former statesman deserves a proper send-off.

“President Cyril Ramaphosa has directed that the National Flag be flown at half-mast from sunset tomorrow, Wednesday, 17 November, until the evening of Sunday, 21 November. The government will at a future date host a State Memorial Service in remembrance of the former Deputy President.”

“The government has consulted the De Klerk family and the FW de Klerk Foundation as part of preparing for this event in which government leaders, leaders of political parties, and representatives of civil society will participate.”

President @CyrilRamaphosa has declared that the National Flag be flown at half-mast as a mark of respect for the late former Deputy President FW de Klerk. https://t.co/8LjsBb3P44