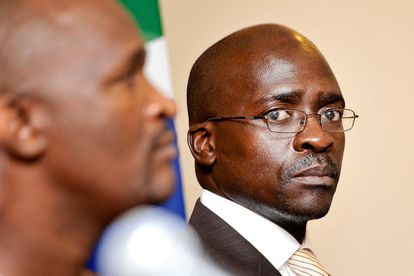 There’s a great deal hanging on South Africa’s 2017 medium term budget policy statement. Three factors are at play: there is political turmoil around the governing African National Congress, the country’s economy is performing poorly and this is the first budgetary statement from the new Finance Minister Malusi Gigaba. The Conversation Africa’s Sibonelo Radebe asked Jannie Rossouw to layout his expectations.

What keeps you up at night in relation to this medium term budget?

The single most worrying factor is the lack of economic growth South Africa faces. Growth has slowed down significantly in recent years and the economy flirted with recession after shrinking during the last quarter of last year and the first quarter of this year. The economy did bounce back into positive growth during the second quarter but the outlook remains unimpressive. Only 0.5% growth is expected for 2017 and less than 2% over the medium term.

Owing to this lack of growth, unemployment is on the increase – it now stands at a staggering 27% – while government revenue is under pressure. It also implies that the government’s burden on the economy (for instance total government debt as percentage of gross domestic product, orDebt/GDP ratio) will increase.

Government’s debt to GDP ratio is currently budgeted to level out around 50%. This is to be welcomed because any increase in the ratio increases the interest burden.

But if slow growth and revenue shortfalls persist, government debt will increase. The debt to GDP ratio will be on its way to 65% of GDP in the medium term.

And should the combination of low growth and growing government expenditure continue after the period of this medium term statement (2017/18 – 2020/21), the debt/GDP ratio might be on its way to 100%. This projection really stresses one of the most worrying factors that has to be addressed in this statement: Limiting the level of government debt before it reaches this level.

In other countries where this level has been exceeded, severe adjustments had to be forced on their economies. Take the Irish Republic case. Remuneration levels and employment numbers in the civil service had to be cut dramatically to deal with the Irish government debt crisis.

There is a new finance minister in place and he comes with shifting political dynamics. How do you rate him and what do you expect from him?

It is difficult to rate the new minster, given that he’s only been in the job since April and the fact that he has not yet tabled his first budgetary statement. The only statement against which his performance can really be assessed is the 14-point plan he announced in July 2017.

We’ll be watching the medium term statement for his report back on progress in implementing it.

But Gigaba comes with worrying political dynamics, including accusations that he is party to corruption.

And its difficult to separate him from the history of bad policy options of the African National Congress which has delivered the prevailing lacklustre economic performance. The fiscal crisis facing South Africa is a direct result of these policies.

How significant is the medium term budget policy statement?

It’s very important as it provides an overview of government’s plans for expenditure and for raising revenue over the next three years. A three year view is significant because it provides insight into planned government expenditure and indicates expected tax increases that South African taxpayers have to face. It also informs decisions of the credit rating agencies about South Africa’s fiscal stability.

The statement forms the basis of the annual budget of government revenue and expenditure that is tabled in Parliament in February each year.

This reporting by government gives an early indication of expectations for the main budget in February. For instance, if government revenue is underperforming, the expectation is that taxes will be increased the following February. Indeed a tax increase might materialise in this medium term statement.

What in you view will be key focus areas in this medium term statement?

As South Africa’s economic growth is currently lower than the forecast used for the 2017/18 fiscal year, tax collection has come under pressure. A revenue shortfall is expected for this fiscal year. The medium term statement is when the size of the shortfall will be formally disclosed.

Given expectations of a substantial shortfall, South Africans should brace themselves for substantial tax increases in the main budget in February 2018. The fiscal crisis might even be so serious that the government might decide to divert from previous practice and announce tax increases in this medium term statement.

Like any other government in the world, it raises revenue through taxes and use this revenue to fund its expenditure. If revenue exceeds expenditure, the difference must be borrowed, which adds to the level of government debt, or expenditure must be cut.

One of the biggest budgetary headaches is the ailing state owned enterprises. What should be done?

Government is really throwing good money after bad by using public money to bailout ailing state owned enterprises. I have said a long time ago that South African Airways should simply be given away. This is a much cheaper option for the taxpayer instead of never ending bailouts. The South African government should reassess its holding of state owned enterprises and close, sell or give away those that are no longer financially viable. Such action will remove a large financial burden on the South African taxpayer.