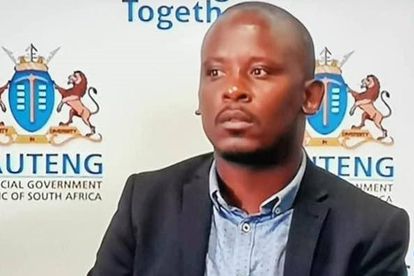 Castro Ntobeko, what were you thinking? The member of the COGTA Department in Gauteng has been slammed by colleagues, opposition politicians, and the South African public for a highly insensitive Tweet. Ntobeko appeared to celebrate the recent murders of four gay men – by using grossly inappropriate language in a caption.

Ntobeko has since switched his Twitter profile to private, but Nico de Jager – part of the DA’s Social Development team in Gauteng – caught him out with a screenshot. In the post, the COGTA representative retweets an article that highlights the killings of gay men across Mzansi – to which he replied with a jovial raised fist and the term; ‘the struggle continues’:

Quite understandably, de Jager was fuming with the ANC member, and called for his immediate suspension:

“His tweet came as a surprise and angered many people on social media who reacted with disappointment, considering that he is a government official. Ngobese must be suspended with immediate effect pending disciplinary actions. He must also undergo anger management training.”

“This clearly indicates that there is a great need for sensitising training of all Gauteng Provincial Government officials on LGBTQI+ issues. Government officials should lead by example in building a more inclusive South Africa for all who live in it by promoting and protecting the rights of the LGBTQI+ community, in terms of section 9 of the Constitution.”

Will the COGTA official in Gauteng be dismissed?

Meanwhile, there has been a reaction from the Gauteng Government – but whether it will prove strong enough remains to be seen. MEC Lebogang Maile says Ntobeko must explain himself first, and a suspension could still follow.

“We have taken serious steps to address the matter and have asked Castro Ntobeko to write a letter, fully explaining his actions. In light of the killing of four gay men in the past month, we don’t take things like this lightly. The Gauteng Government can never associate itself with homophobic sentiments such as these.” | Lebogang Maile

Following the unfortunate and inappropriate Tweet by Spokesperson Castro Ngobese, we have taken serious steps to address the matter.