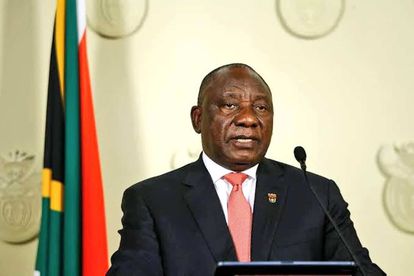 When a Thursday comes a-knocking, there always seems to be great anticipation in the air as to whether President Cyril Ramaphosa will address the nation or not.

Guess what? It’s Thursday 7 May and social media is, once again, lit up with speculation. The pandemic, which came with its relative lockdown, is unprecedented so naturally, we all want to know more. We want as many details as possible to navigate through it all.

Most of all, at this stage, we want freedom. When Ramaphosa takes to that podium there’s always a chance that the lockdown load could be lessened.

WILL PRESIDENT CYRIL RAMAPHOSA ADDRESS THE NATION ON THURSDAY?

The answer for now dear friends is no. Head of Digital Communications in the Presidency Athi Geleba took to Twitter saying that announcements of Cyril Ramaphosa’s Thursday address are fake news.

The presidency confirmed that the president will not be addressing the nation on Thursday.

“The president is not scheduled to speak”

If Cyril Ramaphosa is ever due to address the nation, the presidency will send out a statement. If not, it should be treated as fake news.

None of us knows how long Level 4 of lockdown will go on for but many South Africans can’t wait to be lowered to Level 3 and later to no level at all.

With a cigarette and alcohol ban on the cards, many citizens are becoming increasingly impatient. Although the lockdown has been acknowledged to have curbed the spread of the virus, it still is a challenge for many, as well as for the economy.

Cyril Ramaphosa, on 5 May, said the COVID-19 outbreak although devastating, is a chance for a new beginning. Ramaphosa also reiterated the need for corporate innovation and government collaboration.

“We’ve got to put in place the pillars of a new economy. We cannot continue in the same old way. We need to be asking ourselves; what is this new vision for our country going forward?”

“In a way, COVID-19 gives us a way for a new beginning, a new beginning which is going to make us have a new way of doing things; new sectors of our economy [and] new ways of functioning,”

Ramaphosa also said that South Africa’s financial future would be underpinned by the ideology of Radical Economic Transformation (RET).

“The building blocks are already in place, we now need to put them all together. The important principle is that it must be an economic future that is going to ensure that the growth that we will have is inclusive, it must also be empowering to women, to young people and to black people in the main,”