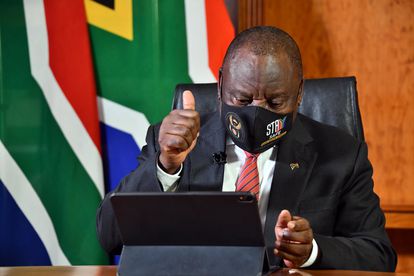 Cyril Ramaphosa has introduced a set of new laws to South Africa, which covers issues ranging from the nautical to the criminal. The president has also confirmed that political parties will have to reveal all about who is funding them, and where their donations are coming from.

Considering Ramaphosa’s chequered history with ‘contributions’ from Bosasa, it’s certainly a bold move on his part. We’ve also got changes to the Foreign Service Act, and as we reported on Thursday, Police Minister Bheki Cele has had one very specific power stripped from his office.

But, from all the new laws, it’s the Child Justice Amendment Act that arguably raises the most eyebrows…

The Child Justice Amendment Act provides for an increase of the minimum age of criminal capacity of a young citizen from the age 10, which will now be increased to 12 years instead. The ruling is a significant victory for child rights activists, but the two-year increase is set for further scrutiny.

“It also repeals the requirement to prove criminal capacity for the purpose of diversion and preliminary inquiries. This legislative change arises from a recommendation from the Review of the Minimum Age of Criminal Capacity that the minimum age of criminal capacity should be increased from 10 years to 12 years.”

New laws: Greater protections for the seas of South Africa

The Hydrographic Act provides for the establishment of the Hydrographic Office as a unit within the South African Navy, with responsibility for the safety of navigation in South Africa’s exclusive economic zone and the internal waters of the Republic. Essentially, this will help South Africa enforce boundary laws at sea.

“The Act emanated from the need to recognise and grant legislative status to the Office of the Hydrographer which has been in existence within the South African Navy since 21 July 1954.”

“This flows as well from the Defence Review of 2014. Hydrography is a branch of applied sciences which deals with the measurement and description of the physical features of oceans, seas, coastal areas, lakes and rivers. This law is vital for the safe use of the marine resources along South Africa’s 3 000km coastline.”

Foreign Missions told to ‘tighten up’

The Foreign Service Act provides for the administration, accountability, and functioning of a professional Foreign Service of the Republic of South Africa that will be managed by the Department of International Relations and Cooperation (DIRCO). The new law will ensure that all Foreign Diplomats undergo a more rigorous vetting process, and it aims to merge all departments into one streamlined authority.

Political parties asked to reveal their funding under new laws

The Promotion of Access to Information Amendment Act (PAIA) provides for the recording, preservation and disclosure of information on the private funding of political parties and independent candidates. As of Friday, politicians and their representatives have to reveal all about monies, donations and gifts they receive.

“The Bill gives effect to the Constitutional Court judgment in My Vote Counts NPC v Minister of Justice and Correctional Services and Another [2018] ZACC 18 which required Parliament to amend PAIA and to take any other measure it deems appropriate to provide for the preservation and facilitation of reasonable access to information on the private funding of political parties and independent candidates.”

Police Minister no longer has ‘absolute freedom’ with IPID appointments

The Independent Police Investigative Directorate Amendment Act provides for Parliamentary oversight in relation to the suspension, discipline or removal of the Executive Director of IPID. This means that the police minister – currently Bheki Cele – can no longer pick and choose who they want in this role.

“The Directorate is mandated to investigate serious criminal offences allegedly committed by members of the South African Police Service (SAPS) and Municipal Police Services (MPS).  The new amendment gives effect to the Constitutional Court judgment in McBride v Minister of Police and Another [2016] ZACC 30.”