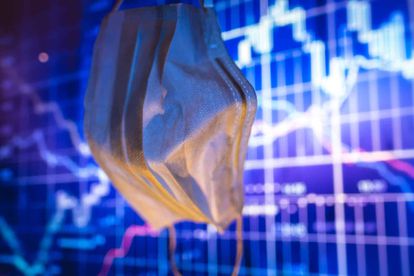 As is customary at this time of year, in between generous helpings of festive feasts, one is inevitably tempted to step back and discern the trends of the previous year and attempt an extrapolation into the future to try and assuage concerns about what lies ahead.

Given the almost uniquely torturous circumstances which have beset us all over the last 12 months, at this moment this urge is perhaps particularly urgent.

Could the next year portend even worse events than what has transpired? Will it simply be a continuation of the tepid semi-lockdown we find ourselves heading into? Or can we toast an emergence of a ‘Roaring Twenties’ post-Spanish Flu explosion of life, light, and economic energy?

THERE ARE CAUSES FOR FAINT OPTIMISM IN 2021

The answer, almost inevitably, will be none of the above and a little of all.

There are however are a number of causes for faint optimism as we head into 2021.

Internationally, the global outlook has not looked this stable for years. Populists, from Matteo Salvini to Donald Trump, are on the back foot. Few things can restore an electorate’s desire for solid, stable, capable and boring leadership more than a pandemic.

As a result, we have a sane administration about to enter the White House, which is a welcome diversion from the ‘new normal’ of the last four years which we would all rather do without.

The EU too, after years of prevaricating, has finally found a raison d’etre. With the Recovery Fund and Next Generation EU, along with the vaccine, it may well turn out to be the driving force for the liberal and free market agenda in the western world for the next few years. This is, surely, cause for celebration.

PREFERENTIAL DEAL FOR FOR EXPORTERS

Brexit has come with a cost (mostly for the UK), but the deal signed recently is definitely better than no deal and will result in a number of opportunities for economies like South Africa. Our previous trade relationship with the EU was far from perfect. Let us hope that Minister Ebrahim Patel of the Department of Trade and Industry is advanced in his negotiations of a new, all-encompassing, and preferential deal for our exporters to the UK of South African wine, food, and resources, among others.

President Cyril Ramaphosa has, self-evidently, not had an easy 2020. However, despite what many argue to be an ill-timed first hard lockdown and an all too late response to the recent brutal second wave of Covid infections besieging South Africa, he has managed to assert his dominance over the party and the political landscape. Former threats such as Ace Magashule and David Mabuza are conspicuous by their absence.

For the savers and workers of South Africa, there are further reasons to be optimistic. A side effect of the prolonged lockdowns has been a skyrocketing savings rate, which has been a persistent issue with the domestic economy. This may well herald a consumption and investment boom, as soon as things get back to normal.

ESKOM HAS A REALISTIC, LONG-TERM PLAN

Under Andre de Ruyter, at last, Eskom seems to have a realistic and long-term plan for meeting the energy needs of the country. Loadshedding may not be a thing of the past, but we can hope that things will get better from here.

Interest rates too look set to remain low for longer. This will be an enormous help to businesses borrowing to expand, newly married couples looking to buy a first home, and those who have incurred burdensome credit card debt.

Enormous challenges remain. Unemployment is at an all time high, inequality continues to rise and South Africa’s public finances have almost never looked this parlous.

South Africa is, in many respects, bankrupt.

However, that does not mean we should not have cause for optimism. As contrarians, South Africans should see that we may have well touched the bottom and the opportunities are real and compelling.

After everything that has happened this year, perhaps the 2020s will turn out after all to be that decade we all have been hoping for.