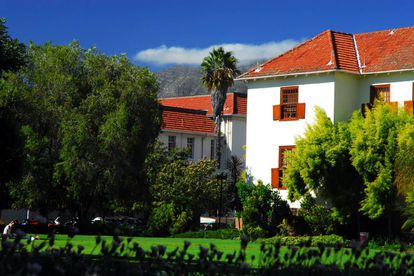 English will remain the joint language of instruction at Stellenbosch University, despite a challenge launched by a pro-Akfrikaans group. The latter of the two languages was previously the sole dialect of the institution, but sweeping changes saw both of the mother tongues enjoy an equal status.

ConCourt decided that the language policy was “reasonable”, and there was no need to revert back the the pre-2016 policy. This concludes a lengthy legal process, which has rumbled on for the past three years.

The move was made to, allegedly, provide equal access to all students and promote multilingualism. An appeal to have the move overturned has already been turned down, and ConCourt was the last throw of the dice for those looking to restore Afrikaans as the first language.

Judge Johan Froneman confirmed the bench’s unanimous decision on Thursday. He explained his reasons for upholding the contentious language policy at Stellenbosch University, reasoning that too many students on campus are unable to learn subject matter when taught in Afrikaans:

“The 2014 policy created an exclusionary hurdle for specifically black students studying at the university. This court finds that the university’s process in adopting 2016 policy was deliberate.”

The language policy has been a bone of contention since it was first implemented. It forced Stellenbosch University to provide for real-time interpretation, and some classes have even decided on the primary language by taking a vote at the start of the semester. Here’s what else features in their revised rules.

“Stellenbosch University accepted a new Language Policy in 2016. This policy and the language implementation plans that go with it have been in place since 2017. Where Afrikaans and English are used in the same lecture, all information will be conveyed in at least English, with a summary or notes of key points in Afrikaans as well.”

“Furthermore, questions will at least be answered in the language in which they are asked Every faculty compiles its own Language Implementation Plan. The policy and plans will ensure that no student who has yet to master Afrikaans or English on an academic level will be excluded from academic tuition.”