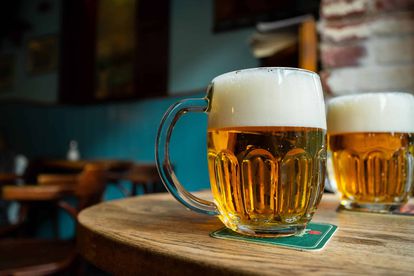 Do you ever get the feeling that something is about to go down like a lead balloon? Well, the Southern African Alcohol Policy Alliance in South Africa (SAAPA) have made a very bold suggestion on Tuesday, declaring that Tito Mboweni should introduce a ‘health tax’ that targets both liquor consumption and tobacco usage.

SAAPA’s controversial call comes just a day ahead of the Budget speech for 2021. The finance minister will have it tough on Wednesday, as Mboweni aims to pick up the broken pieces of the South African economy. Even before the coronavirus pandemic, things were looking ominous – and getting this country back on its feet may require some lateral thinking.

Both liquor and cigarettes were banned extensively throughout 2020, as the government’s response to COVID-19 drew criticism for its heavy-handed restrictions. The alcohol ban made a return in January, and the third period of prohibition stayed for just over a month. Now, the drinkers who waited patiently may be penalised once more.

Will a ‘health tax’ be introduced in South Africa?

There is no guarantee that ‘sin taxes’ will get bumped up on Wednesday, but it’s understood that the Treasury has discussed the possibility of increasing booze and tobacco costs respectively. SAAPA has argued that these items are both ‘harmful and unnecessary’, ultimately taking a toll on South Africa’s strained healthcare system:

“It’s not actually a sin tax, it’s a health tax, and I think that people need to start thinking about it in different ways. The point about the tax is that these commodities – alcohol, tobacco, and sugar-sweetened beverages – are not only unnecessary in our lives, but they are harmful too.“