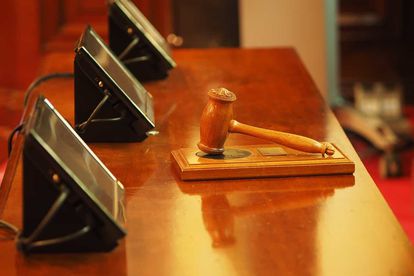 And to think, we all believed that day one of Level 3 – with its newly-opened liquor stores – would provide us with the most entertainment this week. Hold the phone, because Levels 4 and 3 of lockdown have been declared constitutionally invalid. Everything is up in the air, including our tobacco ban.

The Gauteng High Court has told the government that their directives – which came into effect in both May and June respectively – infringed on South Africa’s Bill of Rights outside of a state of emergency.

It’s a monstrous own goal for the government to concede, but here we are. The dust won’t be settling on this for a while, so we’re going to unpack everything we can in an attempt to bring clarity to this scarcely-believable development.

Lockdown invalid: What has the court ruled?

The Gauteng North High Court has declared the lockdown regulations unconstitutional. However, the order is suspended until such time @DlaminiZuma and the @GovernmentZA review, amend and republish the regulations. They have 14 days to do so. pic.twitter.com/xyKVtkiVXw

The latest with cigarettes and the tobacco ban

There will be a few government ministers reaching for the smokes after this. But alas, the tobacco ban has escaped judgement in this case. The Pretoria High Court already has a date – 9 June – to hear an application that seeks to reverse the ban on cigarette sales in South Africa. Therefore, a verdict will have to be delivered on this specific matter by next week’s hearing. Until then, tobacco products remain off-limits.

Is lockdown still in effect?

Yes. Don’t start pulling up to the local speakeasy in the hopes of scoring some booze. The current lockdown rules stay in effect until either 17 June, or the date that the government publishes new regulations. As reported in the review of the judgement, South Africa is still subject to the laws of Alert Level 3.

How the Cabinet responded to this devastating decision

They have “taken note” of the verdict, and promised to release a full statement “once it had been fully studied”. That’s about it, really. Leading ministers are really keeping the cards close to their chests at this point.

What must the government do now?

Dlamini-Zuma’s declaration of a “state of disaster” has been found to be perfectly rational, and complies with the directives that applied during Level 5 of lockdown. But when these rules were updated ahead of entering life under Level 4, they were “not rationally connected to slowing or limiting the spread of coronavirus.”

The government must now produce “bona fide evidence”, proving that its means of enforcing the lockdown are “justifiable”, so they can avoid being labelled “arbitrary and unlawful” by the courts.

Nkosazana Dlamini-Zuma, in consultation with the relevant ministers, has been told to review, amend and republish the regulations with ‘due consideration’ of what features in the Bill of Rights. The Cabinet now has two weeks to alter their own laws, but an appeal against the ruling could also be an option.