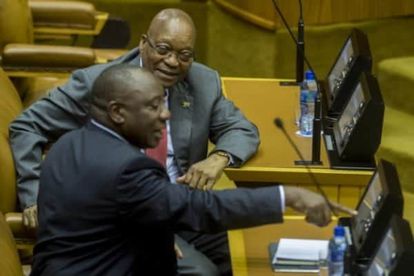 The wolves have been knocking at the door for Jacob Zuma all week. After years of malpractice as the serving South African President, he perhaps didn’t count on this: The balance of power shifting against him within the ANC.

With Mr Zuma finally, finally heading out of the exit door, attention turns to what happens now. The immediate aftermath of a President losing his job is always a confusing period of time, but we’re on standby to clear a few things up:

By resigning, he retains a lot of Presidential benefits like a yearly pension salary of R2.98 million and tax-funded security services. A man with six wives, a sprawling homestead paid for by us, and a lot of enemies needs to keep himself safe.

However, being thrown out of office doesn’t allow a President to retain the bodyguard services. Only by resigning can JZ keep a collective of strongmen paid for by the government.

Following JZ’s decision to walk, rather than be pushed, the ANC can now choose a date for the State of the Nation Address, which was postponed last week. There is also the budget speech planned for Wednesday 21st February, which Ramaphosa is expected to lead.

Budget speeches have always took place after SONA, so expect developments this week to confirm a date for the Parliamentary speech in the almost immediate future.

Is there an interim President between Zuma and Ramaphosa?

No. This would only be the case if Zuma stayed on past a recall, survived an internal motion of no confidence, and then lost the MONC tabled by the EFF.

Back in August 2017, Mbete was just 11 votes away from becoming a 30-day interim President, as Zuma survived a no confidence ballot by a razor thin margin. However, a resignation requires no such process, and Cyril Ramaphosa will directly take the reigns from here.

What will happen to Jacob Zuma now?

By resigning, he has made life a little easier for himself. It’s obvious the threat of losing security and pension privileges by facing impeachment has dawned on him. His future is in the hands of the ANC, though. By getting him to quit, he’s been given an easy way out.

We’re not yet sure what Zuma has asked for in exchange for stepping down. But given his wily political skills, we know he won’t be walking away empty handed. It’s too premature to comment on what will happen with his legal engagements and state capture inquiry. But an immunity deal seems extremely unlikely.