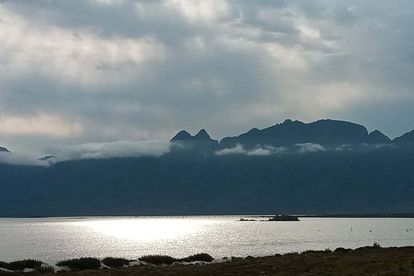 The Department of Water and Sanitation (DWS) in the Western Cape called on all water users to be more careful with their usage as the end of the hydrological cycle for the majority of catchments in the province is nearing its end.

WESTERN CAPE RESIDENTS URGED TO BE CAREFUL WITH WATER

DWS National spokesperson Sputnik Ratau said that most of the Western Cape experiences winter rainfalls and that water is stored and used in the warmer spring and summer months. The catchments in the province experienced significant rainfall in 2021 but the Gouritz River Catchment – which covers the Karoo – experienced multi-year drought seasons that resulted in lower levels of water for the region.

The water levels in the Gouritz River Catchment has decreased for more than three years and the agri-economy in the Little Karoo, in particular, has been detrimentally impacted by a decrease in irrigation water.

“While Western Cape is characterized by wet winters, this is unpredictable as Climate Change is leading to increased temperatures and rainfall variability,” said the DWS. “Given this, a call is made to all water users in particular the high end water users to reduce the demand for water.”

Ratau added that the Western Cape Hydrological cycle is rapidly coming to an end and said there are a few things water users can do to ensure water security remains intact until the next rainy season, including reducing the demand for water use; using alternative water sources (recycling, groundwater) and repairing leaks in the household or environment.

The hydrological report from Tuesday, 4 October, indicates that dam levels across the Western Cape are stable.

The DWS said Olfants Doorn Catchment on the West Coast is steady at 99,06% full – the same as last week, while Haarlem Dam is the only dam that has seen an increase of more than 5% this week.

The largest dam in the Western Cape, Theewaterskloof is more than 95% full – a good yield compared to three years ago.