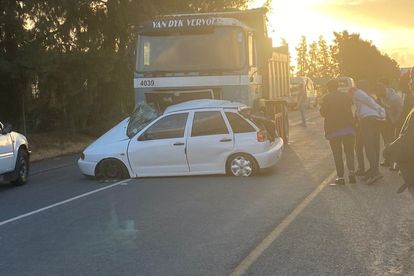 The Western Cape EMS responded to two fatal accidents in Paarl on Tuesday, 29 March. Three people were killed and four were injured in the incidents.

A private ambulance service transported the patients to a hospital for medical treatment while the province’s forensic pathology services (FPS) were on hand as the deceased’s body was recovered from the scene.

The second incident took place at approximately 18:12 on the corner of the R44 and R302 of the Perdeberg Winery area near Paarl.

Four people were injured in the crash and unfortunately, two died. The surviving patients sustained serious injuries, one of them had to be extracted from the vehicle by the EMS Rescue team.

The injured patients were transported to Paarl Hospital for treatment.

“We would like to extend our sincere condolences to the family and friends of the deceased patients,” said February.