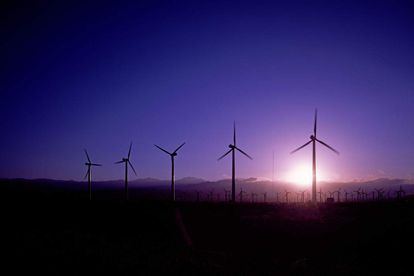 By John Yeld for GroundUp

The government has approved in principle the huge Boulders Wind Farm project on the West Coast peninsula near Paternoster, St Helena Bay and Vredenburg.

The Department of Environment, Forestry and Fisheries (DEFF) issued an environmental authorisation for the project on 14 January. However, its approval comes with conditions that include changes to the proposed environmental management programme for operating the 140MW project, as well as additional research into some of the likely impacts – notably on birds and bats.

But the department has not reacted directly to strong objections about the visual impact of the new wind farm. Up to 45 turbines will stand 165m high, and critics say they will create a massive “visual intrusion” extending from the West Coast National Park in the south to beyond the seaside village of Dwarskersbos in the north – a distance of more than 90km.

Objectors also argue that the project will have a negative impact on tourism and property values in this region of “outstanding natural beauty and strong vernacular character”. This issue is also not dealt with directly by DEFF in its reasons for giving the nod to the project.

According to the department, key factors considered in its decision included strengthening the existing electricity grid for the area; contributing to the national energy target; and helping the government achieve its proposed renewable energy target.

Other factors were the more than 900 job opportunities to be created during the two-year construction phase and up to 60 jobs in the operational phase of the wind farm.

DEFF says there was “sufficient” identification and assessment of key impacts.

“The proposed mitigation of impacts identified and assessed adequately curtails the identified impacts,” it states in its authorisation.

The department also said it was satisfied that, if the conditions of its authorisation were complied with, the wind farm would not be in conflict with the government’s integrated environmental management policy and any potentially detrimental environmental impacts could be reduced “to acceptable levels”.

Despite its approval in principle, DEFF rejected the current layout and site development plan as submitted by the developer, and a revised plan must be made available to all interested and affected parties (IAAPs) for comment before re-submission for approval.

Also, the environmental management plan of the project, submitted as part of the developer’s Environmental Impact Assessment (EIA) process, has been rejected and must be revised and made available for comment.

Crucial issue of birds and bats

The wind farm’s negative impact on birds and bats was raised as a crucial issue by objectors, and one of the changes required by DEFF is a post-construction bird monitoring plan in line with non-government birding organisation BirdLife SA’s most recent guidelines for wind farms.

A bird specialist must be appointed to conduct a final walk-through to search for breeding and roosting sites within the development footprint of the wind farm before any construction starts, and there must be periodic inspections of the turbines to “remove and discourage” bird nesting. The removal of any nests must be done by a bird specialist.

A full bird and bat monitoring programme must be implemented during the operational phase of the wind farm, “to confirm and determine the extent of impacts predicted, as well as to validate the success of any mitigation strategies proposed”.

According to a specialist heritage assessment submitted as part of the EIA, “significant” palaeontological deposits occur on the site. There are also “significant” archaeological sites on nearby Kasteelberg koppie, “which together hold significant scientific importance for the study of early pastoralism in the Western Cape”.

These sites fall outside the proposed development footprint but within 2km of the nearest turbines, the heritage study notes.

“Heritage Western Cape has tried to declare Kasteelberg a Provincial Heritage Site, but has not yet been successful,” the report states.

DEFF notes in its approval that more than 300 square metres of indigenous vegetation will be cleared for the project that will be established on a 44ha development site within 5 100ha of farmland.

Other amendments to the revised environmental management plan must include

Construction of the wind farm will not be allowed before any appeals against the granting of the environmental authorisation have been adjudicated. Such appeals must be submitted on or before Thursday 7 February.

One appeal will be filed by photographer and writer Peter Pickford, who has been acting as a representative of three property-owning associations along the adjacent coastline: The Cape Columbine Conservancy (18 members), Groot Paternoster Nature Reserve (18 members), and the Shelley Point Home Owners’ Association (1 207 members).

“I find this decision remarkable in its lack of foresight and potential dire consequences,” he told GroundUp after being sent notice of the approval.

“Given the extreme negative consequences associated with the wind farm, its approval seems to rely principally for its justification on the political will to introduce alternative energy as a matter of urgency for the country. But the question raised by the Boulders Wind Farm approval is, ‘Is this to be at any cost?’ ”