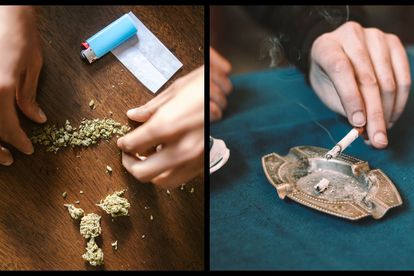 CIGARETTES ARE BAD BUT WEED SMOKING IS WORSE

While the effects of cigarette smoking are well-known and documented, there have been questions about whether marijuana, or weed smoking, was any safer.

It turns out it is actually more harmful. A new study from Canada’s University of Ottawa found that those who smoke cannabis are at a higher risk of developing lung disease than cigarette smokers.

The research was recently published in Radiology, a journal of the Radiological Society of North America.

“Global consumption of marijuana is increasing, but there is a paucity of evidence concerning associated lung imaging findings,” said the researchers led by Luke Murtha of the University’s Department of Radiology.

This was found when chest CT scans were used to investigate the effects of marijuana smoking on the lung.

The case study evaluated the results obtained between October 2005 and July 2020. The study compared the rates of emphysema, and airway changes, among other lung conditions.

“Age and sex-matched subgroups were created for comparison with tobacco-only smokers older than 50 years.”

WHAT THE RESEARCH FOUND ON THE EFFECTS OF MARIJUANA SMOKING

The research compared a total of 56 marijuana smokers and 33 tobacco-only smokers. 57 non-smokers were also evaluated.

The research found that 75% of weed smokers had higher rates of emphysema than tobacco-only smokers, who had a 67% rate. Non-smokers had a 5% chance of emphysema.

But the rates were higher among those in the same age-matched group, the research found.

“Emphysema rates were higher in age-matched marijuana smokers (93%) than in tobacco-only smokers (67%).”

Emphysema is a lung condition that causes shortness of breath due to damage of the air sacs in the lungs.

“Airway inflammation and emphysema were more common in marijuana smokers than in non-smokers and tobacco-only smokers.”

It was difficult to draw a strong conclusion among the weed-smoking groups who were also cigarette smokers.

This includes a chance of bronchiectasis, a condition where airways of the lungs widen and lead to a build-up of excessive mucus, making the lungs vulnerable to infection.

There was also a higher chance of mucus among weed smokers than tobacco-only smokers.

“Further, larger and prospective studies are necessary to confirm and further elucidate these findings, as marijuana use is bound to increase in the future, given the increasing legalisation of its use for medical and recreational purposes,” said the study.