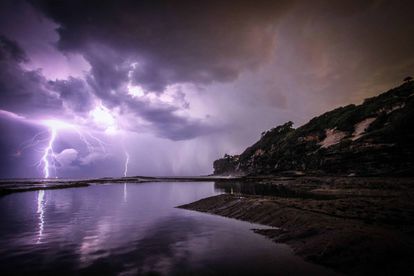 Photo by Jeremy Bishop on Unsplash

Photo by Jeremy Bishop on Unsplash

The Western Cape is due to receive some much-needed rain, raising dam levels and soaking the earth before summer’s heat sets in.

The South African Weather Service (SAWS) has predicted heavy rainfall in the Karoo, Overberg and Garden Route; the first drops of which are due to make landfall on Tuesday morning.

The downpour, which is expected to extend inland, comes at a critical time for parched areas of South Africa. Recently, the Department of Water and Sanitation confirmed that the country was in the grips of a national water crisis, with drought particularly embattling the Eastern Cape, North West and Northern Cape.

This crisis has been heightened due to failing infrastructure and poor resource management.

Luckily for the Karoo, which has also been plagued by poor rains in recent years, the latest weather forecasts predict some relief for Oudtshoorn and Kannaland. While parched residents will be pleased at the sight of thunderstorms, Anton Bredell, the minister of Local Government, Environmental Affairs and Development Planning in the Western Cape, noted that a sudden deluge on dry land came with its own dangers, saying:

“In the event of severe thunderstorms in drought stricken areas, one often sees flashfloods that can cause major challenges. In the event of any emergency the number to call is 112. In addition, we continue to monitor the situation.”

Bredell also revealed that while the Western Cape, as a whole, is in a much better position than previous years, certain areas still remained in desperate need of relief. Dam levels in the province were sitting at an average of 66.2% – slightly lower than 2018’s tally – while dams supplying the City of Cape Town stood at an impressive 83.6% full. Bredell elaborated:

“With a few exceptions, we are a lot better off than we have been in years. Our greatest concern remains with the Karoo regions and northern parts of the West Coast where severe drought continues, especially in the agriculture sector, where it is felt most harshly.”

Which areas in the Western Cape will see rain and thunder

According to SAWS, the following areas will be lashed with heavy rain on Tuesday 12 November and Wednesday 13 November:

According to the latest weather forecasts, the following areas will also receive some showers, though no flooding warning has yet been issued: