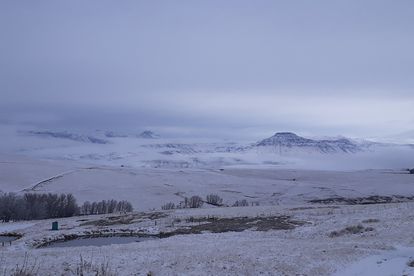 It’s fair to say that the snow forecasters of South Africa have had a very busy Winter season – and even as we head into our second week of Spring, they’ve still got plenty of work left to do…

Snow way! More of the white stuff on its way to South Africa

That’s because several meteorological sources have predicted MORE snowfall over the next 24 to 48 hours, in two provinces of Mzansi. Both KZN and the Eastern Cape are likely to encounter a few brief flurries at some point on Tuesday, as areas alongside the border with Lesotho brace for more biting weather conditions.

Lesotho itself could see 25cm of snow fall on its highest peaks – but that’s not going to happen for SA. The recent scenes of flake-covered towns won’t be repeated this town, as only light flurries are forecast in select areas.

Sani Pass, Lotheni Village, and Highmore in KZN will receive about 1cm of snow this week. It’s a modest total, but it’s enough to cap the mountains and dust the roads. Meanwhile, northern regions of Cedarville and Maluti have the best chance of recording a respectable covering in the Eastern Cape:

As well as snow and near-freezing temperatures, KZN is also on high alert for disruptive rainfall on Tuesday. Upwards of 50mm is set to last Durban and its neighbouring districts, and a Level 3 weather warning has been issued.

“The disruptive rain is expected to result in: flooding of roads and settlements, major disruption of traffic flow (due to major roads flooded or closed), some communities temporarily cut-off, rock falls and possible damage to property.”

“The public is advised to take necessary precautions to secure their properties. They are also advised to be aware of flooded areas when driving, and try to avoid them if possible, especially areas that are prone to flooding.”