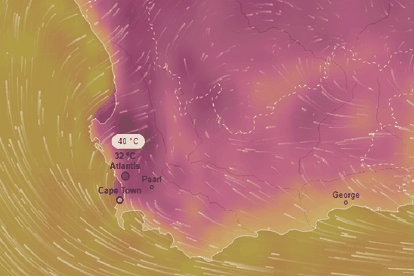 Apart from one particularly hot week, the Cape Town weather has been relatively mild in the last month or so. However, locals with be well-advised to find the sunblock from Friday, as temperatures rise.

Some areas in the Cape Town municipality look set to hit the 35C mark, whereas the CBD will enjoy a more pleasant 30C day. However, the West Coast will bear the brunt of the hot weather, as conditions will be almost insufferable, topping 40C in isolated regions.

With the dams still approximately 74% full in the Mother City, there’s no need to panic just yet. But residents are advised to keep saving water and adhere to the usage restrictions of 70 litres per person, per day. Here’s what the picture looks like for the weekend, thanks to Ventusky.

Keeping our eyes fixed on the Cape Town metropole, temperatures throughout the late morning and most of the afternoon will linger near the 30C mark. With minimal winds and clear skies, it will feel like a day nearer 35C; a temperature which is on course for Malmesbury and Darling: 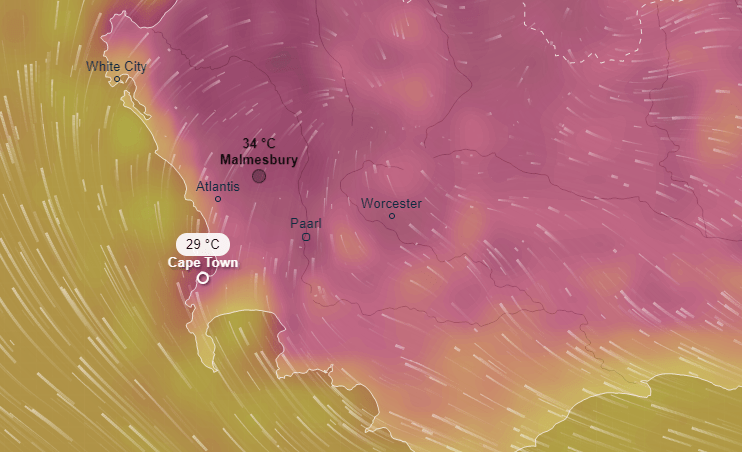 However, the most torturous heat will be on the West Coast, with areas like Koekenaap topping 40C. Vredendaal is also hovering around the high-thirties on Friday. 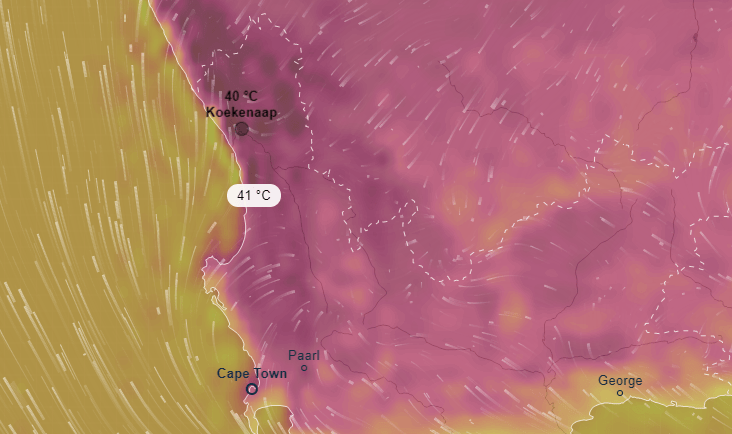 The heat is a little more relenting on Saturday. The low-to-mid-twenties will be where it’s at for Cape Town while Saldanha Bay and Citrusdal will be looking at temperatures of 35C in the early parts of the afternoon. 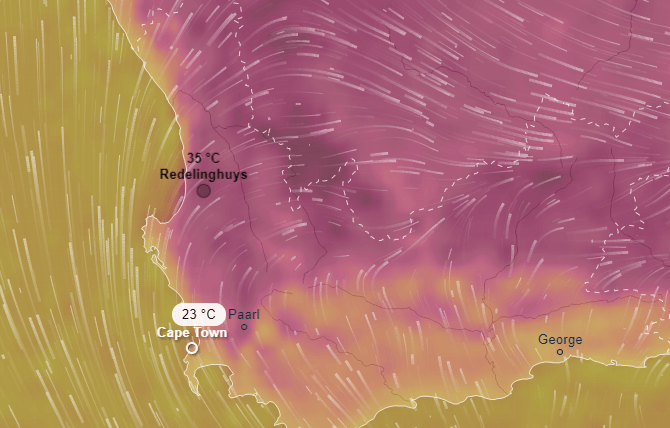 That respite doesn’t last for more than 24 hours, though. Cape Town strays back into the thirties – which, by the standards set in the north of the province, is mild. It’s back up to around 40 for the Saldanha area.