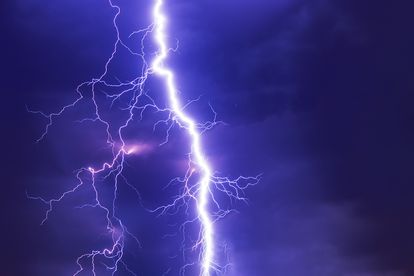 The gloomy skies above KZN could be illuminated intensely on Friday afternoon, after the SA Weather Service issued a Level 2 warning for most of the province – with heavy downpours and excessive lightning on the cards.

Storms and damaging winds have been persistent in the region this week, and it looks like conditions will worsen over the next few hours. With a Level 2 weather warning, there is a danger of damage to property and infrastructure.

According to the press release issued by SAWS, only eThekwini and Ilembe will escape the wrath of this troublesome storm. Most northern, southern, western and central regions can expect disruption on Friday, with the only reprieves coming near coastal regions towards the east.

In a statement issued by the meteorological experts, a threatening trinity of heavy rain, strong gales, and excessive lightning will be threatening an overwhelming number of districts in KZN.

“Scattered showers and thunderstorms are expected over KZN this afternoon and this evening. Some of these storms could have a minor impact over the midlands, as well as the west and the north of the province. They are expected to be accompanied by heavy downpours, strong damaging winds, and excessive lightning.”

SAWS have warned of the potential impacts that could be caused by the weather later today. The threat of excessive lightning is perhaps the most serious of the bunch, given the knock-on effects that come with it: