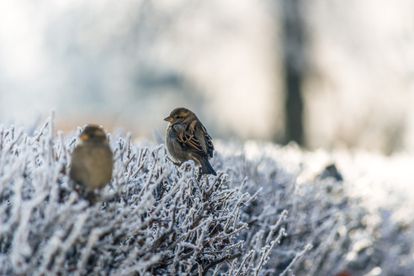 Thermometers in Gauteng are set to drop below 0°C tonight – Photo: Unsplash

Thermometers in Gauteng are set to drop below 0°C tonight – Photo: Unsplash

For the residents of Gauteng, Monday night promises to be another chilly one in the north-east. After the mercury plunged on Sunday, that downwards spiral on the thermometer continues this evening – and temperatures could reach -5°C later on.

The forecasts reaching us from Ventusky paint a very bitter and uninviting picture. Stiff winds and clear skies will leave the province feeling more like a Baltic State – with the major metropolitan areas of Johannesburg and Pretoria set for temperatures of 1°C.

A cold snap has been felt across most of South Africa recently, after sub-zero temperatures swept over various provinces. Limpopo appears to be the only region that has not experienced these chilly conditions. With two weeks of winter left, the season still has more in store for us.

Gauteng locals will experience the first of tonight’s freezing temperatures just after 22:00. Eastern regions will be the first to feel the freeze, and after midnight, patches of frost and ice will become more widespread.

The cold weather will be at its most severe in the south, however. An overnight low of -5°C has been projected for the town of Evaton, and Vereeniging won’t be far behind. Ventusky predicts that the gateway to Free State will drop to -4°C before the sun rises on Tuesday.

Where will the coldest places in Gauteng be tonight?

Central and northern regions are on course for a comparatively mild evening. However, Ennerdale, Carletonville, and Westonaria are amongst the other ‘cold spots’ in Gauteng. In total, we’ve been able to identify TEN regions where the mercury is likely to drop below freezing.