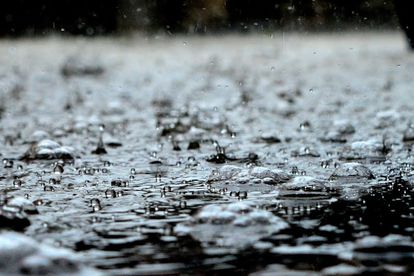 Citizens in parts of the Western Cape have been told to take extra precautions on Friday, as the risk of flash floods has increased in some areas. The SA Weather Service has confirmed that a Level 5 thunderstorm warning is in now place for several districts.

Intense bouts of rainfall are expected again later in the day, adding to an already torrential week for the Western Cape. Amongst the weather warnings issued on 4 November, flash floods and thunderstorms stand-out as the biggest concerns.

The consequences could genuinely be dire. A Level 5 weather warning means that any potential damage to localised infrastructure can be ‘significant’. According to the experts, there’s also a ‘threat to human life’ that needs to be taken seriously.

“The heavy downpours and flash flooding will result in difficult driving conditions for some regions. Localised structural damage and disruption to essential services can also be expected. Lightning poses a risk to the life of livestock.”

“Furthermore, traffic flow could be disrupted by mudslides or rockfalls, which are expected over the Central Karoo. Danger to human life is also a concern, due to fast-flowing streams/deep water – especially where flooding has already occurred this week.” | SAWS statement

Electricity crisis: Ramaphosa to announce emergency energy package by ‘end of next week’