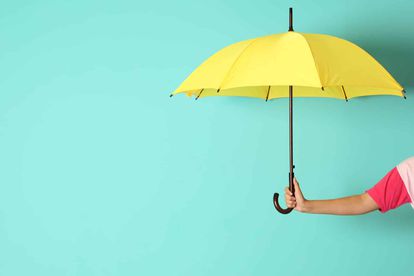 Many parts of South Africa can expect windy, rainy and stormy weather conditions to continue over the weekend the SA Weather Service (SAWS) has warned.

The latest SAWS’s report indicated that the change in weather conditions from a warm start to the week that led to rain over large parts of the county is likely to set in for the best part of the weekend. Accumulated rainfall could also result in the potential for localised flooding in some regions between 28 September and 2 October.

“This change follows a two-week rainfall recess over the central interior of South Africa, which ended on Tuesday. Apart from the interior of the Western Cape, the western parts of the Northern Cape and the central and eastern parts of Limpopo where no rainfall is forecast at this stage, citizens across other parts of the country could experience scattered (60%) to isolated (30%) showers and thundershowers,” SAWS said.

“ Furthermore, strong winds may affect some poorly anchored informal settlements over the central areas of the country (northern Free State, North West and eastern areas of the Northern Cape).”

Showery and cooler weather conditions are expected to continue over parts of the Eastern Cape, KwaZulu-Natal, and the south coast and adjacent interior of the Western Cape from Wednesday to Friday, while also spreading to the central and eastern interior on Thursday, SAWS said.

“Minor localized flooding is possible in the Thabo Mofutsanyane municipality and the eastern areas of the Gariep District municipalities of the Free State, Alfred Nzo, OR Tambo, Joe Gqabi and Chris Hani District municipalities of the Eastern Cape, and in places over the southern parts of KwaZulu-Natal (Ethekwini Metro, Ugu, Harry Gwala, Umgungundlovu and Ilembe District Municipalities) on Wednesday and Thursday. Severe thunderstorms with hail and strong damaging winds are also possible over the eastern half of the Northern Cape as well as the western half of both the Free State and North West provinces on Thursday afternoon.

This anticipated change in weather conditions follows the development of a well-defined and slow-moving upper-air trough with persistent low-level onshore flow onto the south-eastern areas of the country.

The South African Weather Service (SAWS) will continue to monitor any further developments relating to this weather system and will issue required subsequent and timely updates,” SAWS said.