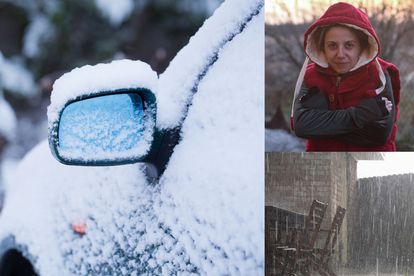 According to the SAWS, a cloudy, cold spell of persistent rainfall is anticipated for some of the eastern provinces in the days ahead, driven by a developing upper-air cut-off low system.

Do you have any snow photos or videos? We would love to see it! Please email it to Corne@thesouthafrica.com (Remember to include your name and the area where photos were taken)

The SAWS said during the coming days, this system will further deepen and intensify, forming a cut-off low over the southern and central interior.

It furthermore warned that on Monday, in the Eastern Cape, the heavy rain warning is escalated from level 5 to level 6 (figure 3), while a broad level 2 warning persists, spreading into KwaZulu-Natal.

THUNDERSNOW IS EXPECTED ON TUESDAY IN KZN, FREE STATE AND LESOTHO

‘I’m a street kid: ‘RHOPTA’s’ Peet Viljoen on being a ‘vicious boss’