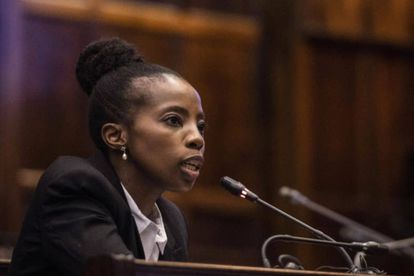 Public Protector South Africa (PPSA) will not fold and make any evidence regarding a probe into President Cyril Ramaphosa public.

This comes after pressure from political parties to present evidence into the alleged violation of the Ethics Code by Ramaphosa.

PPSA WILL NOT REVEAL ANYTHING JUST YET

The Public Protector’s office expressed concern over what they call “undue” political pressure and demands for evidence in the hands of the institution. The PPSA is investigating allegations of a violation of the Executive Code of Ethics against Ramaphosa, but these will not be made public.

On Wednesday, Democratic Alliance leader John Steenhuisen said they agreed that the concealment of Ramaphosa’s response to the Public Protector on the Phala Phala farm matter is “unacceptable and must be challenged”.

But Public Protector spokesperson Oupa Segalwe says as the PPSA, it is an independent institution that is subject only to the Constitution and the law. It must, therefore, be impartial and exercise its powers without fear, favour or prejudice, Segalwe said.

This means the Constitution prohibits any interference with the institution’s functioning.

“The PPSA, therefore, views the actions of those exerting pressure on the institution to publish the evidence in question while the investigation is underway as constituting the interference contemplated in the Constitution and calls upon them to desist from such conduct.”

Section 7(2) of the Public Protector Act provides that no person shall disclose to any other person any contents of any document in the possession of a member of the PPSA.

This legislature intends to protect the integrity of investigations. Deviating from this provision will only jeopardise the investigation, Segalwe explained.

“Interested parties are therefore called upon to be patient as the outcomes into the investigation will be communicated to complainants and the public at an appropriate time in line with Section 8(1) of the Act,” Segalwe said.

Section 8(1) provides that the PPSA may, in any matter deemed fit, make known to any person any findings, point of view or recommendations in respect of a matter investigated.

“The PPSA is also aware that other interested parties have been calling for the same evidence to be presented in court proceedings. The institution wishes to caution those making this call and remind them that sections 6(6) of the Act and 182(3) of the Constitution prohibit the PPSA from investigating the performance of judicial functions and court decisions, respectively.”