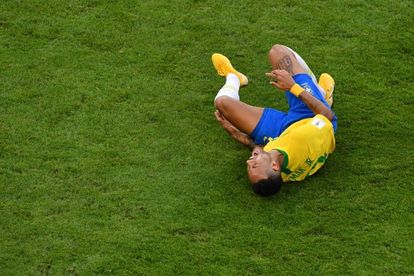 Brazil’s forward Neymar reacts on the pitch during the Russia 2018 World Cup round of 16 football match between Brazil and Mexico at the Samara Arena in Samara on July 2, 2018. / AFP PHOTO / SAEED KHAN

Brazil’s forward Neymar reacts on the pitch during the Russia 2018 World Cup round of 16 football match between Brazil and Mexico at the Samara Arena in Samara on July 2, 2018. / AFP PHOTO / SAEED KHAN

Neymar. Oh Neymar. Brilliant footballer, when he actually has the ball and isn’t rolling around on the pitch pretending to have suffered some life-ending injury.

The World Cup isn’t even over yet and already Neymar has spent a considerable amount of time pretending he’s injured. And OMG, while we were looking for a picture for his article, it seems he does it during training, too.

Can’t deal. Okay, he was joking in training, but WE CANNOT COPE.

Look, we know some sides have actively targetted him and tried to rough him up, but the dude loves a bit of exaggeration.

How much exaggeration, we hear you ask…

A whole fourteen minutes to be exact.

This stat comes courtesy of Swiss outlet RTS Sports, they took one of the team and tallied it all up. Sure, Neymar has been fouled 23 times at the World Cup, but he has milked those fouls for all they’re worth.

How to spot a dive at the World Cup

If you’re new to the sport of soccer, or just not familiar with this sort of thing, AFP has put together this handy illustration to help you spot a dive. 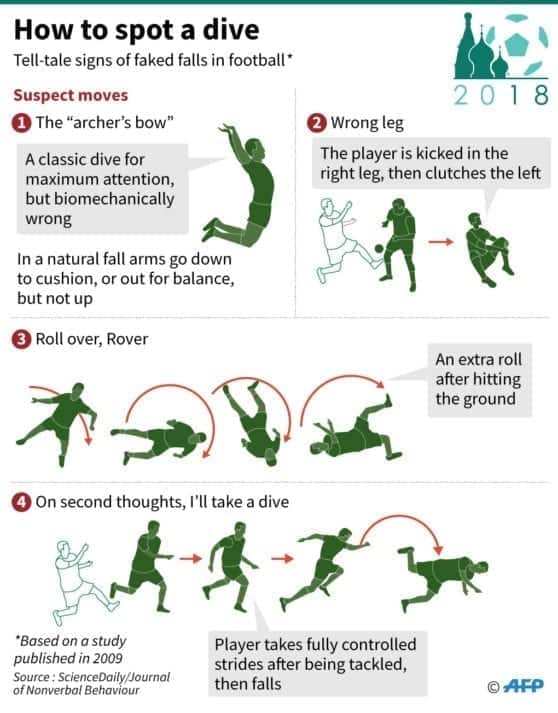 That was against Mexico in the last 16, where everyone REALLY noticed.

“I’m here to win. I hope I can improve always. I knew that I was going to need some pace to get back to my normal tempo. I feel much better. I’m happy for the whole team and I congratulate my whole team and we’re always improving.”

Brazil next play Belgium in the quarterfinals. In contrast to Brazil’s performance art, Belgium has been praised for their sportsmanship, most notably against Japan and when Romelu Lukaku turned down a penalty recently.