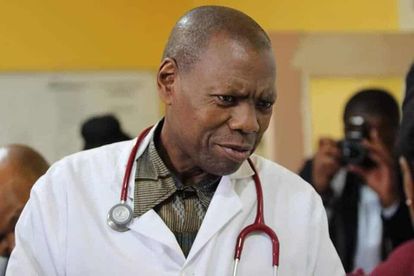 SAix officials from Health department will be suspended. Image:Twitter@DrZweliMkhize

SAix officials from Health department will be suspended. Image:Twitter@DrZweliMkhize

Health Minister Zweli Khize says South Africa has managed to successfully secure nine million shots of the Johnson & Johnson vaccine, with delivery of the first batch of 80,000 on course and rollout scheduled to begin this week.

Responding in Parliament on Tuesday (16 February), Mkhize said President Cyril Ramaphosa will outline details of the first vaccinations in the coming days.

Critically, he said, an additional 500,000 doses are expected to arrive over the next four weeks, supplemented by another 20 million doses of the Pfizer vaccine that is expected to be in the country at the end of March.

J&J applying for emergency use authorization

Mkhize said it must be understood that the sole purpose of the Johnson and Johnson vaccine rollout is to save lives and protect healthcare workers.

“Firstly, it is without dispute that the Johnson and Johnson vaccine has a 57% efficacy against the 501Y.V2 variant and is fully protective against serious illness or death. On this basis, Johnson and Johnson is applying for emergency use authorization and it is expected that it will be granted.”

With this evidence in hand, Mkhize said the government will begin by vaccinating healthcare workers with the Johnson and Johnson (J&J) vaccine.

“We will be doing this under a protocol which we have dubbed as ‘Sisonke’ – this protocol will allow us to survey the vaccination of health care workers and will further add to our understanding of the impact of mass vaccination.”

“The immediate rollout of phase one vaccination with Johnson and Johnson through the Sisonke protocol has been made possible by the fact that the 300,000 doses of the now proven and efficacious Johnson and Johnson vaccine were already tested and approved by SAHPRA for use under study conditions.”

The health minister also praised the Medical Research Council led by Professor Glenda Gray, officials at the National Department of Health guided by Director General Dr. Sandile Buthelezi, and Johnson and Johnson for “essentially working a miracle” to ensure that our plans are not derailed.

READ: Zweli Mkhize trolled for ‘bold’ COVID-19 prediction he made 11 months ago