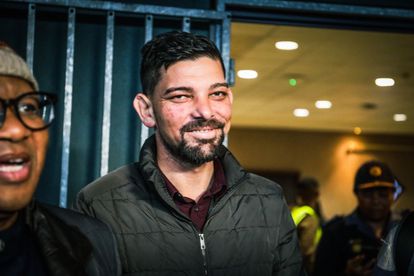 Minister of Mobility Daylin Mitchell welcomes the breakthrough in the case of Intercape shootings. PHOTO: Twitter/@mec_mitchell

Minister of Mobility Daylin Mitchell welcomes the breakthrough in the case of Intercape shootings. PHOTO: Twitter/@mec_mitchell

Western Cape Minister of Mobility, Daylin Mitchell welcomes the arrest of a 28-year-old suspect who is linked to the Intercape attacks.

The suspect, 28, was nabbed by a team of detectives within the serious violent crimes unit on transport-related violence on Saturday morning.

He is allegedly linked to the attacks on the long-distance buses which took place in Cape Town in March and April 2022, police spokesperson Brigadier Novela Potelwa said.

“The suspect was arrested in Klapmuts in the Cape Winelands during a tracing operation. He faces murder and attempted murder charges that relate to the two incidents.”

He will be appearing in the Bishop Magistrates Court on Monday, 15, August.

The Transport Violence team is currently working hard in probing other cases linked to the attacks on the Intercape buses, Potelwa said.

“The arrest of the suspect will go a long way in efforts to curb the attacks on the long-distance bus service.”

MITCHELL IS GRATEFUL FOR THE PROGRESS AND ARREST

Mitchell, who has been pleading for an end to the Intercape buses in the province, says he welcomes the arrest.

“In a recent meeting of the Western Cape Parliament’s Standing Committee on Transport and Public Works, I made the point that these brazen and targeted attacks on long-distance buses are criminal and that the hitmen, as well as their paymasters, must be brought to justice.”

The Minister says he is grateful for the breakthrough and progress made by the police in the investigation.

“The Western Cape government has adopted a whole society approach to support South African Police Service and law enforcement in whichever way possible to bring the perpetrators to book. We will track this case in court and continue to follow up with SAPS until there’s a successful conviction.”

In the same Parliament Standing Committee meeting, Intercape CEO Johann Ferreira presented a breakdown of the attacks the company has experienced.

Incidents of stoning, intimidation, assault and attempted extortion have been taking place since 2019.

In April, Intercape bus driver Bangikhaya Machana, 32, died after being shot outside the company’s depot.

Intercape CEO blames “rogue” taxi associations behind the violent attacks. He states that these associations are intent on forcing bus operators out of certain regions and key routes.

“They are doing this at the end of a barrel of a gun and authorities have done nothing to stop these attacks and prevent bloodshed. Instead, there have been attempts to intimidate and persuade us to be party to agreements around pricing structures and routes which amounts to price-fixing. This is a serious criminal offence and Intercape refuses to participate in such acts,” he said.