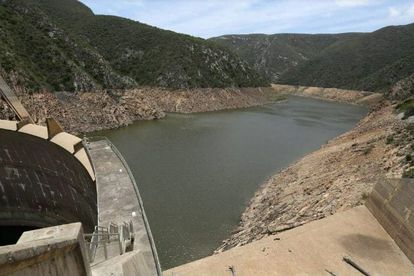 Nelson Mandela Bay Municipality is preparing for Day Zero. Mayor Nqaba Bhanga announced a water crisis plan to be implemented in the event of taps running dry as dam levels continue to drop.

“In the event that we do not get any favourable rains, and our dams do run dry, we are also putting emergency measures in place to provide water to those areas that will be worst affected, and where taps can run dry,” said Bhanga.

The emergency measures that will be put in place include water tanks.

“These measures include the establishment of standpipes and water tanks, where communities will be able to collect water for essential use,” he said.

The water crisis in Nelson Mandela Bay is so dire that taps is expected to run dry by 1 July.

“We will be rolling out higher level C water tariffs for residential, commercial and industrial, as well as institutional and government consumers,” said Bhanga.

The mayor has urged residents to work together and save water.

“We are all in this together, and now, more than ever before, we need to work together. The more water we save, the longer the water in our dams will last. The longer the dams last, the better the chance of rain to come and fill the dams, the more time we have until the delayed long term water augmentation projects are completed. Together we can beat a dry July.”

The greatest risk to the Metro is that dam levels continue to plummet and are currently sitting at just 13%.

The municipality has also identified extra water sources in the event of Day Zero.

“The municipality has been working to identify extra water sources, such as groundwater from boreholes around the Metro, to augment water supplies. Water levels at the Impofu Dam are already below that which can be extracted, so the municipality has deployed pump barges to access this dead storage capacity,” said Bhanga.

The water crisis plan includes the conversion of the Grassridge Reservoir into a temporary water treatment facility, producing an extra 35 megalitres of potable water a day.

“We cannot beat this crisis on our own – we need to partner with you, our residents. The average daily water consumption in the Metro is sitting in excess of 301 million litres a day. We need to reduce this to at least 250 million litres a day, if we are to make any impact in the rate at which our dams are depleting,” said Bhanga.