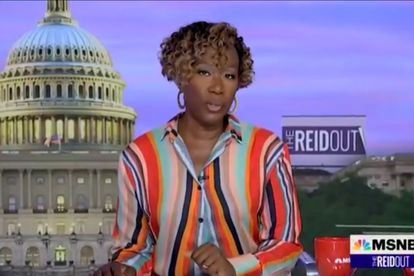 Reid’s rant on Monday came just before autopsy results confirmed that Petito was likely murdered. On Sunday, 19 September, the search for her came took a heart-rending turn as the FBI confirmed finding what they believe to be her remains.

“It goes without saying that no family should ever have to endure that kind of pain. But the way this story has captivated the nation has many wondering – why not the same media attention when people of color go missing?,” Reid said at the beginning of her programme The ReidOut.

“Well, the answer actually has a name: Missing White woman syndrome. The term coined by the late and great Gwen Iffil to describe the media and public fascination with missing White women like Laci Peterson or Natalee Holloway, while ignoring cases involving missing people of color,”

Petito, a social media influencer, had been traveling with Laundrie, on a cross-country road trip. According to police, Laundrie returned to his home in Florida, without her on 1 September – she was reported her missing by her family 10 days later.

Gabby Petito’s fiancé Brian Laundrie is believed to be in hiding and is a person of interest in her murder. He has refused to speak to police about Petito’s disappearance, which leads some to suspect he may not more about her death.

However police may be close to finding Laundrie: Deer camera footage recently captured an apparent hiker who resembles the 23-year-old. The man was at Baker, Florida, which is about 800km away from Laundrie’s home in North Port on the state’s Gulf Coast.