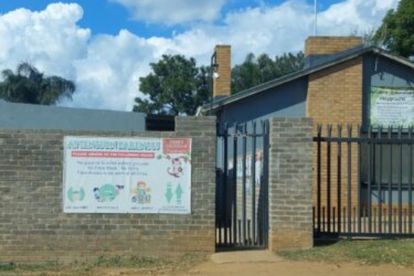 Police are investigating two cases of assault after videos of children being manhandled and beaten by teachers at a crèche in Pretoria Gardens surfaced.

A former teacher at Darwin’s Educational Playground Aftercare witnessed the abuse and tried on several occasions to warn parents.

According to a report by Rekord Newspaper, Darwin’s Educational Playground Aftercare crèche is owned by two sisters, Lizelle Guida Zimmermann and Lucinda Correia, who also teach at the school.

Their mother, Anna Peyper Correia, is also involved as a teacher.

“I once witnessed one of the teachers beating a child. I asked her why she was doing that and she said it was none of my business,” Tiffany Mostert said.

She said that one day, she told a parent about their child being manhandled and the parent did not believe her and asked for proof.

After that incident that is when she decided to sneakingly take videos of the abuse to show to parents.

Mostert added that it was hard for her seeing all these children being treated that way so she decided to resign from work.

A mother whose child was also allegedly manhandled at the crèche said she was shocked to learn of the videos from someone who had posted something on social media.

“I saw a post from someone talking about children being abused at a crèche in Pretoria Gardens. So I messaged the person and asked which one she was talking about.

“She asked me to share the name of the crèche my child was in and I did, and she sent me a video showing a little girl being pushed around. I immediately knew it was my daughter and I went to fetch her.”

The mother mentioned that sometimes her child would come home with bruises but when they ask the crèche what happened they get told that the child got hurt while playing.

Furthermore, the mother said she has since taken her child out of the crèche and will be looking at taking her for counselling.

She said her daughter is now the happy little girl they know her to be.

The creche’s lawyer, Jaco Koster, speaking on the owners’ behalf told Rekord Newspaper that they do not condone or allow the use of corporal punishment at their school.

“We endeavour to treat every child in our school as our own, and we are investigating the allegations.”